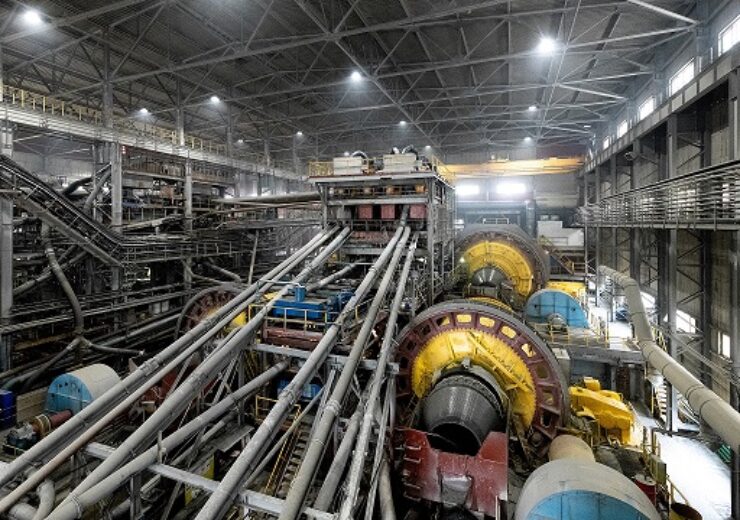 Russian gold producer Polyus has taken a final investment decision for the construction of a new mill at its Blagodatnoye gold mine in Russia.

The latest move follows a feasibility study (FS) to build the Mill-5 that assumed the continued open-pit mining down to the bottom elevation of 70mrl with simultaneous throughput expansion will support the long-term development of the mine.

As assumed in the findings, an in-pit crushing and conveying (IPCC) system can be installed instead of conventional truck delivery. The IPCC system will start delivering ore to both Mill-4 and Mill-5.

The company expects to increase the proportional use of large-scale mining equipment to accelerate the pit development.

The Mill-5 is estimated to have a nominal processing capacity eight million tonnes per year as per the FS that will increase the total throughput capacity at the Blagodatnoye complex to 17 million tonnes annually combined.

Polyus expects to apply a conventional gravity-flotation flowsheet at the new mill same as the flowsheet at Mill-4.

The company said: “The grade in ore processed at Mill-5 is expected to average 1.4 gram per tonne for the life of mine.

“The anticipated decline in grades compared to current levels at Mill-4 is attributable to the processing of mix of in-situ and the low-grade stockpiled material.”

It estimates to invest approximately $600m for the construction of the new mill, installation of IPCC system as well as the upgrade of the mining fleet and relevant infrastructure spending.

The expected recovery rate at the new mill in the initial five years of operations is 87.9% and TCC is estimated to average $320 per ounce.

Depending on the current construction schedule, the Mill-5 at the mine is set to be launched in 2025 and following the ramp-up, the mill is expected to provide 390,000 ounces of incremental gold volumes.

In September this year, Polyus has announced plans to exercise its right to accelerate the buy-out of RT Business Development’s 22% stake in SL Gold, the holder of the Sukhoi Log deposit and licence, for about $128.2m.