Polaris Infrastructure has completed acquisition of 100% of Union Energy Group, the owner and developer of run-of-river hydro projects located in Peru. 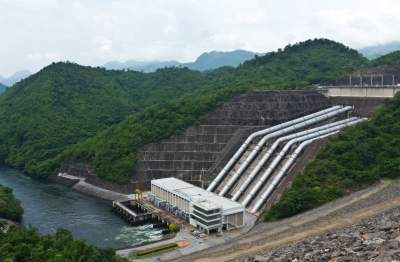 As part of the UEG acquisition, Polaris Infrastructure has acquired the following assets:

Polaris Infrastructure CEO Marc Murnaghan said: “We are very pleased to have completed this transaction which we expect will provide numerous benefits to the Company and its shareholders.  Namely, the acquisition provides significant diversification of both asset class, by adding run-of-river hydro projects, and geography, by entering Peru.

“The Company expects to continue to grow its cash flow per share and leverage available cash resources on the balance sheet to fund capital requirements of the Generación Andina projects currently under construction.

“The combination of projects in operation and under construction, with long term PPAs in place, and a portfolio of early stage development projects, is very attractive.  In addition, we expect that the current owner of UEG, Union Group International, led by Chairman, Juan Sartori, becoming long-term shareholders of Polaris Infrastructure will greatly improve our access to similar deal opportunities throughout Latin America.”

The material terms of the UEG acquisition are as follows:

Polaris Infrastructure to acquire 100% of the shares of UEG;

At Closing: 600,000 common shares of the Company (“Shares”) (equal to approximately 3.7% of proforma Shares outstanding);

Over the two-year period post-closing: 300,000 warrants exercisable at a 20% premium to the closing Share price;

Upon the completion of construction of the Generación Andina projects: 600,000 Shares and $396,000 in cash;

In exchange, the Company agrees to invest necessary capital to bring the Generación Andina projects to completion and will receive a 15% annual “preferred” return with respect to project-level cash flows.

Canchayllo is a run-of-river hydro project with a rated capacity of approximately 5 MW located in the Canchayllo district of Peru.  The plant was put into operation on January 1,2015 and has a US dollar-denominated PPA with the Peruvian Ministry of Energy and Mines (“MEM”) that is effective until December 31, 2034.

The current price of the PPA is $47.40 per MWh and has an inflation adjustment mechanism until the end of the PPA.  The plant is expected to produce approximately 28,000 to 31,000 MWh per year.

El Carmen (~ 8 MW capacity) and 8 de Agosto (~ 20 MW capacity, in Spanish, pronounced “Ocho de Agosto”) are two run-of-river hydro projects in the Huanuco region of Peru that are in late stages of construction.

El Carmen has a US dollar-denominated PPA with MEM with an inflation adjustment that is effective until October, 2039.  The starting price of the PPA is US$55.90 per MWh. The plant is expected to produce approximately 40,000 to 50,000 MWh per year once it achieves commercial operation.

8 de Agosto has a US dollar-denominated PPA with MEM with an inflation adjustment that is effective until October, 2039.  The starting price of the PPA is US$53.90 per MWh. The plant is expected to produce approximately 130,000 to 140,000 MWh per year once it achieves commercial operation.

Both projects will be connected to the national grid through a 60 km transmission line that is included in the asset package and is approximately 70% constructed.  Polaris Infrastructure will undertake the completion of the transmission line.

Once both El Carmen and 8 de Agosto are online, the transmission line will only be at approximately 50% of its capacity.  While not anticipated in the short-term, it is possible that the excess capacity on the transmission can be sold to other projects that may be developed in the region.

The Karpa project is a development stage project with a 20 MW capacity located in the Huanuco region of Peru.  Karpa has a US dollar denominated PPA with MEM with an inflation adjustment provision at US$55.90 per MWh.

Construction has not yet commenced on Karpa and the Company plans to make a preliminary assessment with respect to the project in the first quarter of 2019.

Construction was halted on the Generación Andina projects, El Carmen and 8 de Agosto, in 2016 due to technical and financial issues.  Approximately $80 million was invested in the projects by the previous owners and the project lenders.

As a condition of the Company’s acquisition of the Generación Andina projects, the project lenders agreed to a restructuring of the existing debt of $55.1 million (plus $12.7 million of accrued interest).

The Lenders are eligible to receive additional revenue-linked payments based upon power delivery from the Generación Andina projects exceeding a prescribed minimum threshold, and/or the transmission line contributing third party revenue, but only to the extent that Polaris Infrastructure has first earned a minimum 15% cumulative annual return on the capital it invests to complete the Generación Andina projects.

It is anticipated that the Generación Andina projects and the transmission line will require net additional capital investment of approximately $35 million from the Company, in order to achieve commercial operations.

This amount will be funded by the Company over the 12-month construction period with present and future cash on hand.

Certain vendors will receive additional common shares of the Company if, after the first two years of commercial operation, the Generación Andina projects have exceeded targeted levels of generation based on a predetermined formula.

A maximum of approximately 970,000 additional Shares of the Company would be issued to certain vendors, were generation to achieve the top end of the target range.

The Company has engaged several firms to complete the works including local contractor GCZ Ingenieros S.A.C. (“GCZ”).  GCZ is a Lima-based firm that has over 20 years of experience in the construction of small to medium size run-of-river hydro projects in Peru.

Early stage works have already commenced on the projects to ensure that expected commercial operation date timelines are met for both projects.

Polaris Infrastructure CEO Marc Murnaghan said: “I am very excited about closing the UEG Acquisition, as it provides a compelling value creation opportunity, as well as an important means of growing and diversifying our business.

“This acquisition leverages the capital on our balance sheet, our restructuring capabilities and our proven ability to execute at a project-level, while delivering strong cash flow generation.

“It also adds operations as well as a robust development pipeline in Peru, which we see as a very attractive jurisdiction. This geographic diversification benefit is further amplified by diversification of asset class, as we add a strong portfolio of hydro assets, which given a lifespan measured in decades, are expected to provide further stability to cash flow generation.”