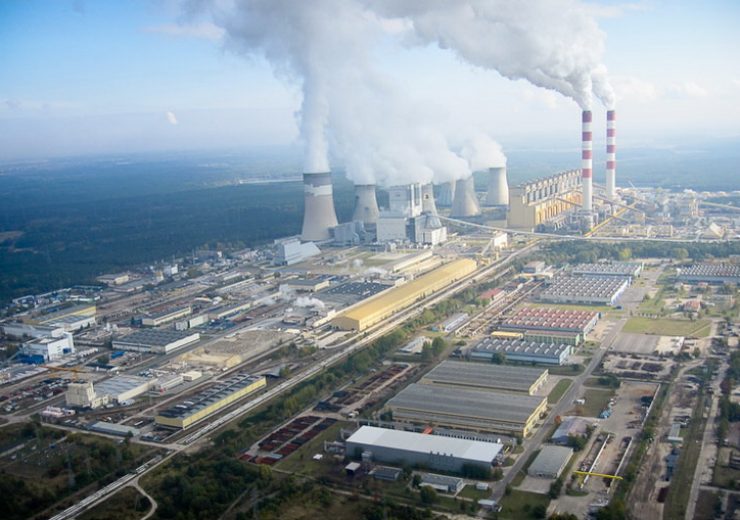 Poland has disclosed plans to fully close the 5.1GW Bełchatów Power Station, the largest thermal power plant in Europe, by the end of 2036.

The dates for retiring the energy generating units at the power plant have been announced as part of the Territorial Just Transition Plan, published by the Marshall of Łódzkie Voivodship.

Additionally, Poland has set an end date for mining lignite in the Bełchatów region.

According to Polish state-owned public power company PGE Group, the Territorial Just Transition Plan has been made to fulfil a mandatory requirement in the process of seeking funding for the region from the European Union (EU). PGE Group is also the owner and operator of the thermal power station.

Currently, there are 12 operating units at the Bełchatów Power Station located in a town of the same name in central Poland. These include 11 units of 370/380MW capacity and one unit of 858MW.

Commissioned in 1982, the Bełchatów power plant produces 27-28TWh of electricity per year, which is equivalent to nearly one-fifth of the total power generated in Poland.

As per the Territorial Just Transition Plan and the data from the Polish Ministry of State Assets, the retiring of the power generating units of the facility will begin from 2030.

PGE Polska Grupa Energetyczna CEO Wojciech Dąbrowski said: “Setting the dates for shutting down the energy units at the plant in Bełchatów and ending extraction at the lignite deposits Bełchatów and Szczerców and thus also withdrawing from the plan to mine the Złoczew deposit are of fundamental significance from the viewpoint of planning the future of the Bełchatów energy complex, its employees and the region’s residents.

“They are also symbolic because the success of Polish energy transition will largely depend on the outcome of this project.”

In September last year, Poland announced plans to invest billions in building new nuclear and renewable energy facilities, as part of its efforts to speed up coal phase-out.