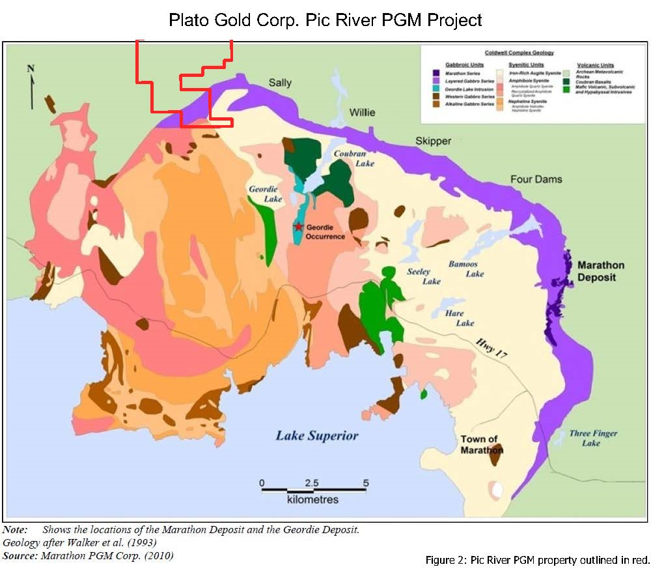 Plato Gold president and CEO Anthony J Cohen said: “With palladium prices well over $2,000 per ounce, and the contiguous location of these claims to the gabbros of the Generation Mining property, I am looking forward to a methodical exploration program on this exciting piece of ground located just outside of Marathon, where we have a lot of good experience in our current operations.

In addition, the ground magnetic surveys conducted in the past also indicated the magnetic highs, associated with the higher magnetic zones within the gabbroic rocks.

The PGM-Cu-Ni drill showed that a mineralised zone is located on the northern margin of the East Gabbro and is comprised of four mineralized zones.

The company said that its exploration will focus on defining the gabbroic units on the Pic River PGM-Cu-Ni property and determining the PGM-Cu-Ni mineralization.