PGS said that its GeoStreamer coverage in Blocks 6, 7, and 8, and the nearby areas of the Kwanza Shelf is now 8,300km2 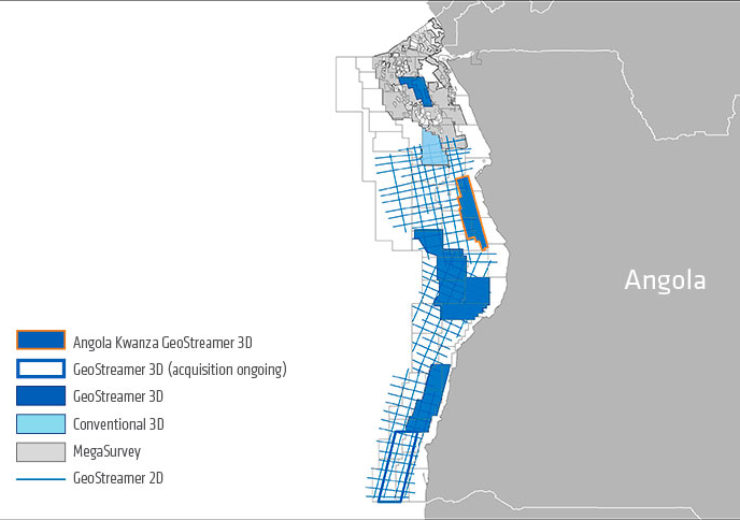 The company said that its GeoStreamer coverage in Blocks 6, 7, and 8 and the nearby areas of the Kwanza Shelf offshore Angola is now 8,300km2.

According to the marine geophysical company, the latest Kwanza Shelf survey will offer key data for the Angolan 2021 License Round.

The company said that a fast-track dataset is currently available for viewing.

PGS said that the present-day shelf of the Kwanza Basin has been overlooked in exploration cycles in the past. However, the use of 3D GeoStreamer technology alongside modern imaging techniques is likely to unlock plays in shallow Kwanza Shelf open blocks, claimed the Norwegian firm.

As per the marine geophysical company, Kwanza Shelf and other shallow-water environments throw up imaging challenges. The company said that such challenges were resolved in the survey by improved processing flows like FWI and SWIM which were enabled by the GeoStreamer 3D broadband data.

Last month, the Norwegian firm and its joint venture partner TGS released the final 3D seismic data results offshore Newfoundland and Labrador. The results were announced prior to the C-NLOPB announcement of parcels and the upcoming licensing round.

The Norwegian marine geophysical company said that the fully merged and migrated Tablelands and North Tablelands 3D datasets cover nearly 12,500km2 in the eastern part of the Orphan Basin.