Petrofac has bagged a contract of around $200m from TenneT pertaining to the Hollandse Kust Zuid or HKZ offshore grid connection and more particularly for the construction of the Alpha and Beta offshore platforms (substations) in the North Sea. 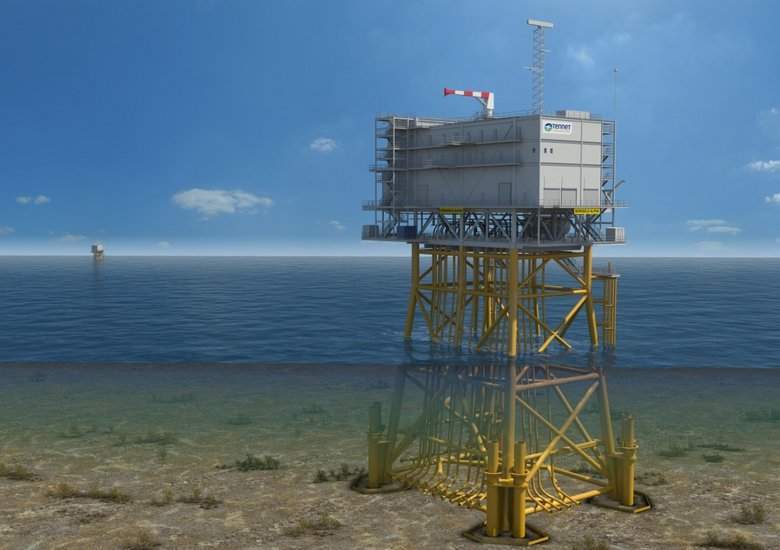 Image: Artist’s impression of an offshore transformer substation as part of the HKZ offshore grid connection project in the Dutch sector of the North Sea. Photo: courtesy of TenneT Holding B.V.

A total of five 700MW standardized concept transformer substations are planned to be installed as part of the HKZ offshore grid connection project offshore the Netherlands.

The Alpha and Beta platforms will be part of the third and fourth large-scale grid connections for the offshore wind energy generation to be developed under the Dutch National Energy Agreement.

Under its contract, Petrofac will be responsible for the engineering, construction, transport, installation, connection and testing of the offshore transformer stations.

Petrofac chief commercial officer George Salibi said: “We have been involved in a number of projects with TenneT in the North Sea, so are delighted with the opportunity to support them with this key project.

“The award of this EU tender builds on our relationship and is further demonstration of Petrofac’s expansion into adjacent sectors, including renewable energy.”

TenneT said that the total length of the route section from the onshore station located at Maasvlakte to the HKZ Alpha offshore transformer station is nearly 48km. The offshore grid connection will feature two 220kV subsea cables with a capacity of 350MW each.

The transmission grid operator said that it has invited tenders for the delivery and installation of onshore and subsea cables for the Alpha and Beta wind farm zones with contracts likely to be given during the summer of 2018.

It also plans to begin the tender process for the subsea cables and platforms for the Hollandse Kust (noord) project towards the year end.

The transmission grid operator said that in line with the new Dutch Roadmap for Offshore Wind Energy, an additional 7GW of offshore wind capacity will be built and connected to the grid in the 2024-2030 period.

The HKZ offshore grid connection is expected to help the Dutch government achieve its target of a total of 3.5GW of offshore wind energy production capacity by 2023.