Petróleo Brasileiro (Petrobras) and its partners have commenced production from the eighth platform installed in the Lula field in the BM-S-11 concession located offshore Brazil. 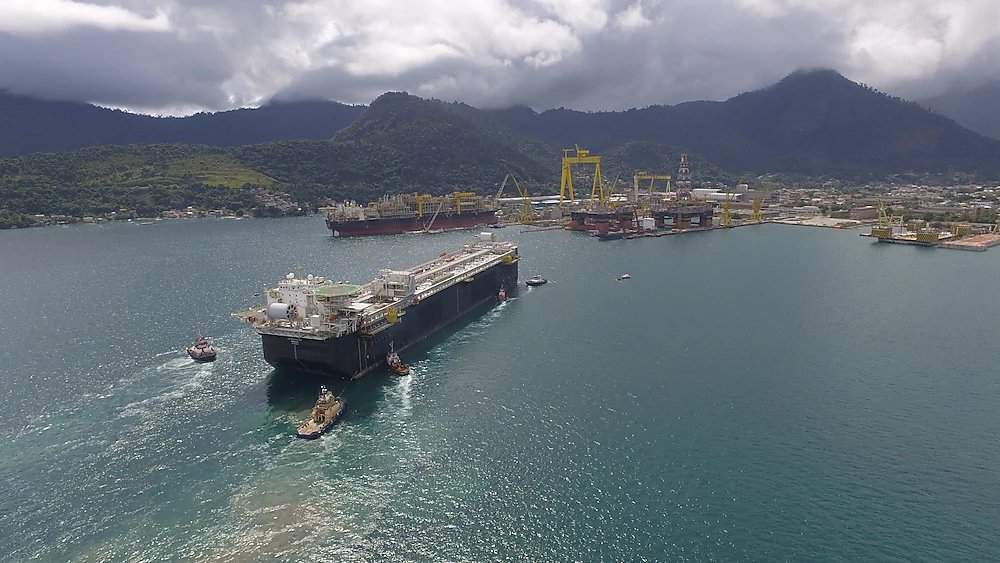 Image: The P-69 FPSO is the eight platform installed in the Lula field. Photo: courtesy of Royal Dutch Shell plc.

According to the Brazilian company, oil and natural gas is being produced from the P-69 floating production, storage, and offloading unit of oil and gas (FPSO) in the Lula field through eight producing wells and also by using seven injection wells.

The hull construction of the P-69 FPSO was completed in China, at the Cosco shipyard, while the integration of the modules and the final commissioning of the vessel were executed at the Brasfels shipyard in Brazil.

Petrobras, in a statement, said: “P-69 will contribute to the increase of Petrobras’ production in the horizon of the 2018-2022 Business and Management Plan.”

The Brazilian national oil company with a stake of 65% is the operator of the BM-S-11 concession. Petrobras is partnered in the block by Royal Dutch Shell’s subsidiary Shell Brasil Petróleo (25%) and Galp’s subsidiary Petrogal Brasil (10%).

Shell upstream director Andy Brown said: “The Brazilian pre-salt fields are some of the best deep-water provinces in the world. With significant flow rates, deep-water Brazil projects are breaking even under $40 per barrel.

“We commend Petrobras on this production milestone, and we look forward to progressing additional development plans with our consortium partners as well as for our recently-acquired, deep-water Brazil blocks.”

Located in the Lula Extremo Sul area, in the pre-salt of Santos Basin, the Lula field is the largest producing field in Brazil, as per Petrobras. The offshore oil and gas field accounts to 30% of the national production in Brazil.

While the oil from the Lula field is offloaded by relief vessels, gas is drained by using the pre-salt pipeline routes.

Formerly known as Tupi oil field, the Lula field was discovered by Petrobras in October 2006. It entered into production in October 2010 from the Lula Pilot area using the Cidade de Angra dos Reis FPSO.

In May 2017, Petrobras and its partners started deep-water production at the FPSO P-66 in Lula South, which is one of the areas being developed in the Lula field. P-66 marked the seventh FPSO to begin production in the BM-S-11 concession.