The P-68 FPSO has an oil processing capacity of 150,000 barrels/day and natural gas compression capacity of six million m³/day 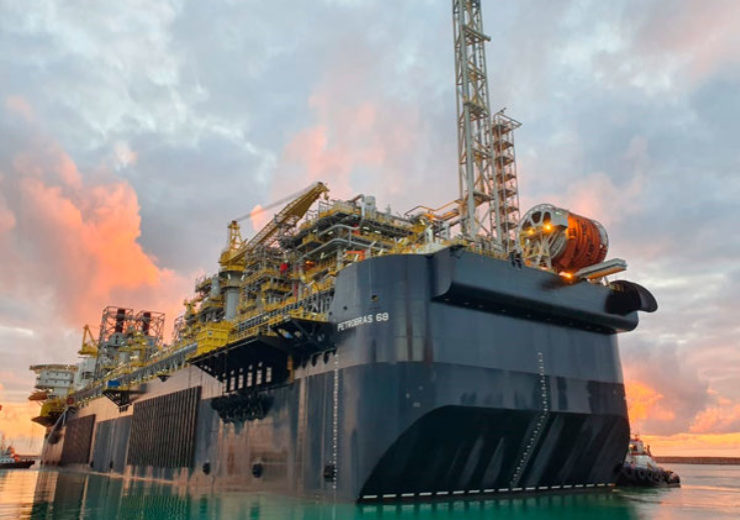 Image: The P-68 FPSO platform is located approximately 230 km off the coast of the state of Rio de Janeiro. Photo: courtesy of Petrobras.

Petrobras and its partners have commenced oil and gas production at the P-68 floating production, storage, and offloading unit (FPSO) in the Berbigão field in the Santos Basin pre-salt, Brazil.

Equipped with a storage capacity of 1.6 million barrels of oil, P-68 becomes the fourth platform for Petrobras to begin production in 2019 after the P-67, P-76 and P-77 platforms.

Shell upstream director Wael Sawan said: “Brazil is home to some of the best deep-water opportunities in the world and we look forward to working with Petrobras and other partners to progress additional development plans.”

Shell Brasil said that it is executing exploration activities in the Gato do Mato and Alto do Cabo Frio Oeste blocks in the Santos Basin to secure future development.

In 2020, new exploration drilling activity is expected at the Saturno block in the Santos Basin.

Shell stated: “Shell Brasil seeks to be an early mover in areas with discoveries, de-risking these opportunities and driving towards a higher chance of success.”