Researchers at the UCLA Samueli School of Engineering in California have set a new tandem solar cell efficiency record using perovskite, a combination of lead and iodine that has the potential to help revolutionise the conversion of sunlight into electricity. 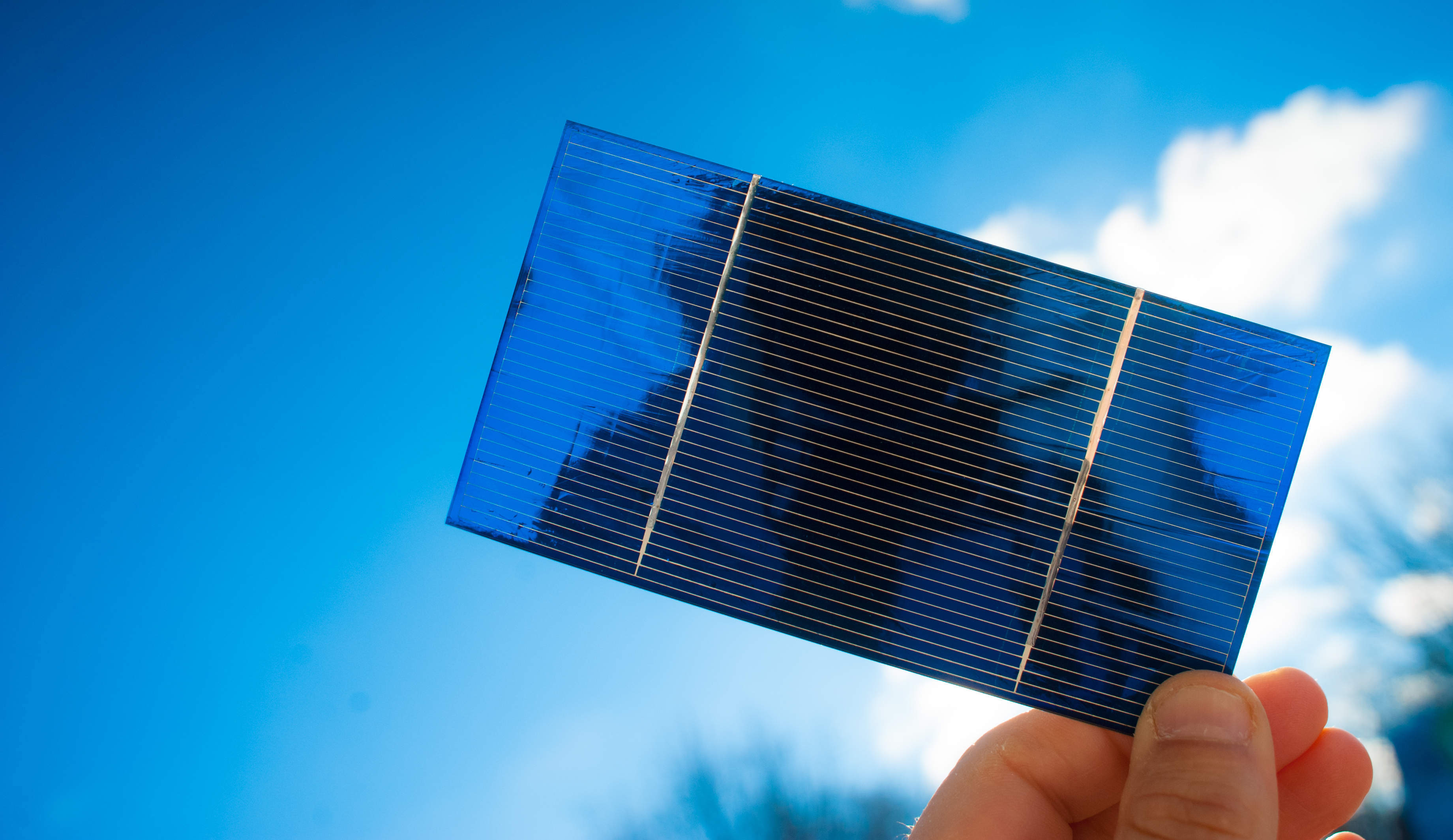 Solar cell efficiency using perovskite has taken a significant leap forward thanks to a team of US scientists.

Researchers at the UCLA Samueli School of Engineering in California sprayed traditional solar cells with perovskite – a combination of lead and iodine – to create thin-film tandem cells capable of harvesting far more energy from sunlight.

The team at UCLA started with a traditional copper, indium, gallium and selenide (CIGS) base cell just two thousandths of a millimetre thick and capable of harvesting about 18.7% of the energy in sunlight.

Employing a new type of nanoscale interface, they then added an even thinner layer made from perovskite to boost the voltage – much like how adding a turbocharger to a car engine can improve its performance.

According to the results of the research, published in the journal Science, the new ‘dual layer’ cells captured 22.4% of the sunlight’s energy, an increase of around 20% and a new record for a perovskite-CIGS tandem solar cell, as confirmed by the US Department of Energy’s National Renewable Energy Laboratory.

“We’re drawing energy from two distinct parts of the solar spectrum over the same device area,” said Yang Yang, a professor of materials science at UCLA. “This increases the amount of energy generated from sunlight compared to the CIGS layer alone.”

The researchers now hope to increase efficiency still further to around 30% and estimate they can reduce solar energy costs by about a fifth using the technique, which they claim can easily be incorporated into mainstream solar cell manufacturing.

Perovskite solar cells: the race is on

Perovskite solar cells convert a high fraction of incident light – light that strikes a surface – directly into usable current and UCLA is not alone in investigating their potential for efficiencies above 20%.

The UK renewables developer aims to create a 30%+ efficient solar cell by 2020.

Oxford PV’s solution compliments silicon, which represents over 90% of the solar cell market, and works by coating a traditional silicon cell with a thin layer of transparent perovskite, with the silicon and perovskite tuned to different wavelengths.

Averdung says the company hopes to have perovskite products on the market by 2020, but the immediate goal is to make such materials more stable and resistant to humidity.

To that end, Oxford PV has developed a proprietary composition that can last for several weeks and withstand temperatures of up to 200ºC.

Improving the long-term stability of perovskite solar cells, as well as replacing the lead they contain with more environmentally friendly elements, is also a focus of the Institute of the Applied Physics and the Light Technology Institute at Karlsruhe Institute of Technology (KIT).

KIT researchers recently published their findings on the physical nature of optical transitions – changes in the energy state of electrons by emission (release) or absorption (uptake) of light particles – in thin-layer tandem solar cells based on perovskites.

Given that the maximum theoretical efficiency for the most common kind of photovoltaic cell is thought to be just 29%, the race is now on to discover more efficient, cost-effective techniques of converting sunlight (much of which is absorbed as waste heat) into electricity using tandem or ‘hybrid’ technology.

In the US, Colorado-based Ascent Solar has been selected by the US Department of Energy (DOE) for two major development projects, the first aimed at reducing costs and improve the environmental friendliness of CIGS solar cell manufacturing, and the second to develop high-efficiency Perovskite/CIGS technologies for next-generation, flexible, lightweight solar cells.

“While there are challenges to be overcome with the use of perovskite-based devices, with already proven high-efficiencies, we believe that Ascent Solar is well positioned to incorporate these materials into our large-scale roll-to-roll processing,” said Dr Lawrence Woods, director and head of research & development for Ascent Solar.