Phase one consists of 68 miles of 36-inch pipe, constructed entirely within Pennsylvania 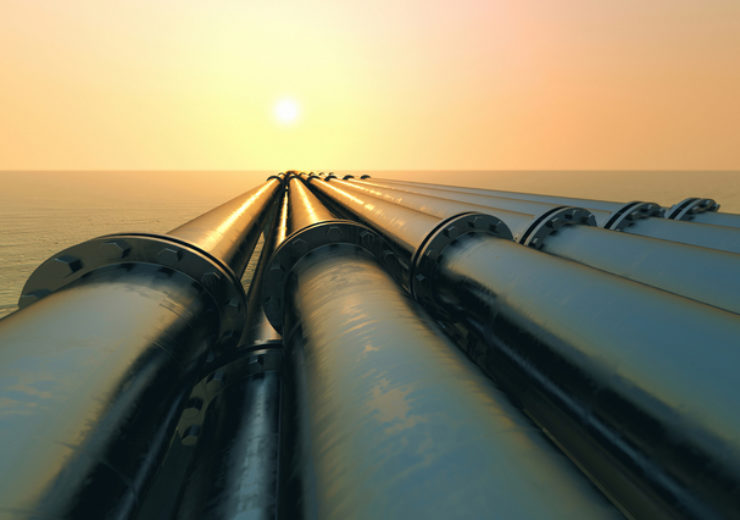 To meet the urgent and growing need for clean, low-cost natural gas, PennEast Pipeline Company LLC announced today the filing of an amendment with the Federal Energy Regulatory Commission (FERC) to construct the federally approved PennEast Pipeline Project in two separate phases. Phase One would consist of 68 miles of 36-inch pipe, constructed entirely within Pennsylvania and ready to deliver natural gas by November 2021. The Phase Two portion would include the remaining route in Pennsylvania and New Jersey, with a targeted completion of 2023.

“Today’s announcement is a big step forward for families and businesses in eastern Pennsylvania and the Greater Philadelphia region who will finally benefit from greater access to low-cost natural gas, by separating the certificated PennEast route into two phases,” said Anthony Cox, Chair of the PennEast Pipeline Company Board of Managers. “In the years since the initial announcement of the Project, demand for natural gas has continued to grow, yet the benefits of new job creation, economic development, air quality, and lower energy bills have been denied to all customers by short-sighted political interests. Building the project in phases allows PennEast to meet the clear public need in the short term in Pennsylvania, and in the long term in New Jersey by affording sufficient time for permit and legal issues to be resolved.”

The continued strong need and robust interest from shippers incented PennEast to file the request with FERC. Precedent agreements for 338,000 Dth/d were filed as part of Phase One and additional precedent agreement negotiations are underway for a total capacity in Phase One of approximately 600,000 Dth/d. The initial 1,107,000 Dth/d that was filed at FERC for the full project remains unchanged.

Under the phased approach, PennEast will have within Pennsylvania three delivery points: UGI Utilities, Inc. (to serve the Blue Mountain Ski Resort) and new interconnections with Columbia Gas and Adelphia Gateway to serve the growing demand in the southeast region.

“PennEast has always been vital to fulfilling our plans of a new hotel and water park, which have been delayed for years without the natural gas necessary to fuel the expansion,” said Barb Green, President of Blue Mountain Resort in Carbon County, Pennsylvania. “The announcement today to complete the project in phases is a major boost for our local tourism, economic development and job creation.”
There are no new private property owners impacted by Phase One of the PennEast project, which would terminate in Bethlehem Township, Northampton County. The new interconnections, which will be located south of Route 22 and west of Route 33, will be constructed on property already owned by PennEast Pipeline Company LLC.

“Federal regulators determined in 2018 after years of expert reviews that the full PennEast Pipeline Project was in the public need and benefit, including three federal agencies and the Pennsylvania Department of Environmental Protection, which concluded it was also safe for the environment,” added Cox. “Today’s action again proves the PennEast partners are fully committed to the entire project and meeting the needs of its customers for safe, clean, reliable and affordable energy.”

“Pennsylvania families and businesses shouldn’t be pawns in a political game played in another state,” said Gene Barr, President & CEO of the Pennsylvania Chamber of Business and Industry. “With key approvals at the federal and state level already, a phased approach for PennEast would allow Pennsylvania businesses to finally lower their energy costs, reduce carbon emissions and continue adding to their competitive advantage over nearby states like New Jersey. Pennsylvania’s business community urges swift approval by the Commission for this phased construction plan.”

“The continued build-out of energy infrastructure across the commonwealth is the most important step in benefiting industrial, commercial, and residential consumers with affordable, abundant, and clean-burning Pennsylvania natural gas,” said David N. Taylor, President & CEO of the Pennsylvania Manufacturers’ Association. “Maximizing delivery of the most affordable energy source saves residents money to pay other bills, powers our economy, and improves Pennsylvania’s competitiveness. PennEast’s phased plan is a commonsense approach to fulfill the public need in Pennsylvania, where the project is ready to go.”

“Pipelines are lifelines,” said Dennis L. Martire, Vice President and Mid-Atlantic Regional Manager of the Laborers’ International Union of North America (LIUNA). “Right now, local Pennsylvania residents do not have access to these family-supporting energy jobs on PennEast, despite the fact that clean, affordable natural gas is the pathway to a renewable future. If completing the project in phases will allow hard-working Pennsylvanians to start accessing these jobs, then that’s the path we need to take.”

PennEast Pipeline Company also soon will be petitioning the Supreme Court of the United States to review a three-judge panel decision of the Third Circuit, which in September overturned nearly 80 years of industry practice and clear congressional intent in the Natural Gas Act. The petition is due March 4, 2020.