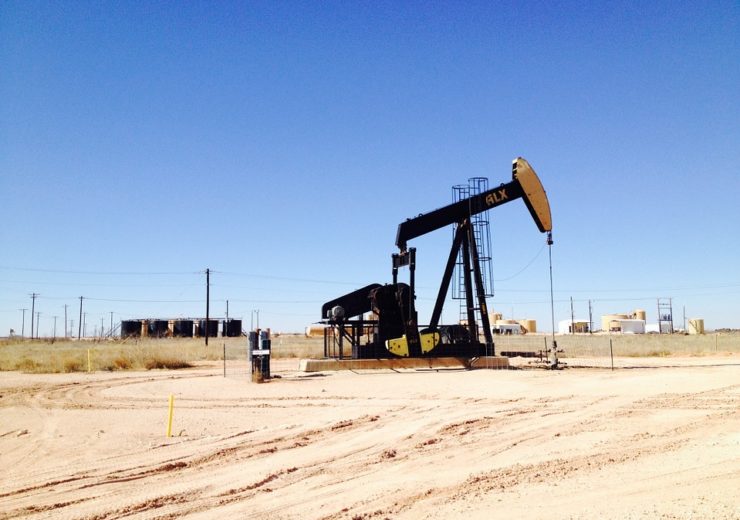 Shale exploration has proven popular in many countries but fracking risks have put others off from pursuing it (Credit: Pixabay/jwigley)

Pengrowth Energy Corporation (“Pengrowth” or the “Company”) (TSX:PGF, OTCQX:PGHEF) today announced that it has entered into a definitive arrangement agreement (the “Arrangement Agreement”) with Cona Resources Ltd. (the “Purchaser”), a portfolio company of Waterous Energy Fund, pursuant to which the Purchaser has agreed to repay the outstanding principal amount and accrued interest to the date of the Arrangement Agreement owing under the Company’s credit facility (the “Credit Facility”) and secured notes (the “Secured Notes”, and together with the Credit Facility, the “Secured Debt”) and acquire all of the outstanding common shares for cash consideration of CDN $0.05 per share and a potential Contingent Value Payment (as defined below) for each Pengrowth Share (the “Share Consideration”).  The proposed transaction (the “Transaction”) is to be completed by way of plan of arrangement under the Business Corporations Act (Alberta).

Speaking on behalf of Pengrowth’s Board of Directors, Chairman Kel Johnston noted: “As a result of the significant decline in oil prices in 2014, which followed on the heels of the largest capital project in Pengrowth’s history at Lindbergh, the Company took immediate steps to shore up the Company’s balance sheet by selling assets to pay down $1.2 billion of debt. Further efforts were undertaken in 2018 to market an additional overriding royalty on the Lindbergh asset and to secure high yield debt to replace the current outstanding Secured Debt. Both funding initiatives proved unsuccessful. The extreme volatility in the price of Western Canadian oil in the fall of 2018, coupled with an uncertain political and regulatory environment, has led to a severe funding crisis in the Canadian energy capital markets which impeded the Company’s ability to achieve a funding solution.”

Pete Sametz, President and CEO of Pengrowth, continued: “With the inability to raise capital to fund our ongoing business, Pengrowth commenced a strategic review process in the first quarter of 2019 with the main alternatives being to source alternative forms of financing, to negotiate an amendment and extension to the Secured Debt or to pursue a transaction to merge or sell the company that would provide value to all stakeholders. With continued lacklustre oil pricing and increased political and regulatory uncertainty, our ability to achieve an amendment and extension agreement proved increasingly difficult and dilutive to shareholders. As a result, Pengrowth’s Board of Directors has determined that the best available alternative for the Company and its stakeholders is to pursue and support a consensual sale transaction that, in addition to repaying the Secured Debt, would also provide some measure of value for our shareholders and other stakeholders. Despite the discount this transaction represents to Pengrowth’s recent trading price, we strongly recommend our stakeholders support the Arrangement Agreement as it represents the most attractive alternative for all stakeholders given the current environment where there is essentially no access to capital for the Company or participants in the Canadian oil and gas industry, in general.”

The aggregate value of the Transaction, including the repayment of the Secured Debt and the assumption of the Transaction costs by the Purchaser, is approximately $740 million.  As part of the consideration to be received by Pengrowth shareholders, each shareholder will be eligible to receive their pro-rata portion of any funds that may be received by Pengrowth as a result of a pending litigation matter (a “Contingent Value Payment”).

THE ARRANGEMENT AGREEMENT AND APPROVALS

The Transaction is subject to various closing conditions, including receipt of Court approval, the required Pengrowth stakeholder approvals at the Special Meetings and certain regulatory approvals, including Competition Act (Canada) approval.

The Arrangement Agreement contains customary representations and warranties of each party and interim operational covenants of Pengrowth.  The Arrangement Agreement also provides for, among other things, customary board support and non-solicitation covenants, subject to a “fiduciary out” for unsolicited “superior proposals” in favor of Pengrowth and a provision for the right to match superior proposals in favor of the Purchaser.

The Arrangement Agreement provides for a mutual non-completion fee of $45 million payable in the event that the Transaction is not completed or is terminated by either party in certain circumstances, including if Pengrowth enters into an agreement with respect to a superior proposal or if the Pengrowth Board withdraws or modifies its recommendation with respect to the proposed Transaction.

Further details with respect to the Transaction will be included in the information circular to be mailed to Pengrowth shareholders and Secured Debtholders in connection with the Special Meetings.  The Special Meetings are expected to be held on or around December 18, 2019, with closing of the Transaction to occur thereafter upon satisfaction of all conditions precedent. Closing is currently anticipated to occur in late December 2019. A copy of the Arrangement Agreement and the information circular will be filed on Pengrowth’s SEDAR profile and will be available for viewing on www.sedar.com.

RECOMMENDATION OF THE PENGROWTH BOARD

After reviewing Pengrowth’s current circumstances and strategic options and alternatives, consulting with the Company’s financial and legal advisors, and considering the Fairness Opinion, the Pengrowth Board has unanimously: (i) determined that the Transaction is in the best interests of Pengrowth and its stakeholders; (ii) resolved to recommend that Pengrowth shareholders and Secured Debtholders vote in favor of the Transaction; and (iii) determined that the consideration to be received by Pengrowth shareholders and Secured Debtholders is fair to those stakeholders.

Pengrowth also announced today that it has reached a further agreement to extend the maturity date under its Credit Facility to November 29, 2019.  The Company’s Credit Facility is provided by a broad syndicate of domestic and international banks and had a scheduled maturity of October 31, 2019.  The extension of the maturity to November 29, 2019 was supported by 100% of the lenders in Pengrowth’s banking syndicate.

BACKGROUND TO THE TRANSACTION

On March 5, 2019, the board of directors of Pengrowth (the “Pengrowth Board”) commenced a formal process to explore and develop strategic alternatives (the “Strategic Review”) with a view to strengthening the Company’s balance sheet and maximizing enterprise value. Throughout the Strategic Review process, with the assistance of its legal and financial advisors, the Company explored a comprehensive range of strategic and transaction alternatives including a sale, merger or other business combination; a disposition of all or certain assets of the Company; recapitalization and refinancing opportunities; sourcing new financing and equity capital; amendment and extension transactions in respect of the Secured Debt; along with other alternatives to improve the Company’s financial position and maximize value.

Following an extensive review of strategic options and alternatives and negotiations with Pengrowth’s Secured Debtholders and other key stakeholders, the Pengrowth Board and management team have determined that the Transaction is the best available alternative to address the Company’s Secured Debt maturities and maximize value for stakeholders.

Tudor, Pickering, Holt & Co. (“TPH”) and Perella Weinberg Partners LP acted as financial advisors to Pengrowth in connection with the Strategic Review and the Transaction, and TPH has provided its fairness opinion that, as at the date of the Arrangement Agreement, the consideration to be received by Pengrowth shareholders pursuant to the Arrangement Agreement is fair, from a financial point of view, to Pengrowth shareholders (the “Fairness Opinion“).