Combined firm to have a pro forma enterprise value of $43.88bn 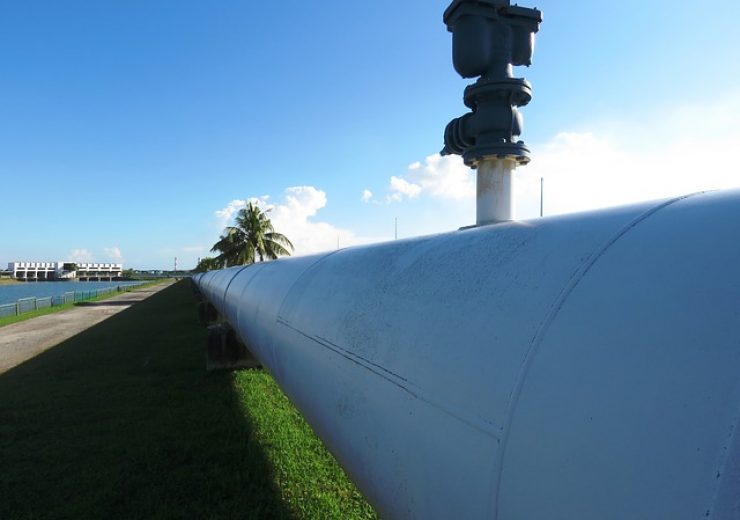 The deal will create one of the largest energy infrastructure firms in Canada. (Credit: Arulonline from Pixabay)

Pembina Pipeline has agreed to acquire rival Canadian midstream company Inter Pipeline in an all-stock deal worth around CAD8.3bn ($6.9bn).

Inclusive of Inter Pipeline’s debt, the transaction is valued at about CAD15.2bn ($12.58bn).

The deal will create one of the largest energy infrastructure firms in Canada that will transport natural gas, natural gas liquids, and crude oil.

The combined firm will have a pro forma enterprise value of CAD53bn ($43.88bn).

Following the merger, Pembina Pipeline will increase its hydrocarbon transportation capacity from 3.1 million barrels per day (mmbpd) to around 6.2mmbpd, and its gas processing capacity from 6.1 billion cubic feet natural gas per day (bcf/d) to 8.8bcf/d.

The fractionation capacity of the company will move up from 350 thousand barrels per day (mbpd) to around 390mbpd.

Its storage capacity with the exclusion of Europe will increase from 32 million barrels (mmbbl) to around 38mmbbl.

Pembina Pipeline said that previous and future investments by both the parties will help access new demand markets for the Western Canadian Sedimentary Basin (WCSB). The company said that this will not only benefit it but also its customers and the Alberta and British Columbia provinces.

According to Pembina Pipeline, once the Heartland Petrochemical Complex begins full operations, the combined firm is anticipated to generate an adjusted cash flow of CAD1.1bn ($910m) to CAD1.4bn ($1.16bn) from operating activities after dividends annually.

Pembina Pipeline board of directors chair Randy Findlay said: “The Transaction is highly strategic for both Pembina and Inter Pipeline, providing clear visibility to creating long-term sustainable value for our respective shareholders.

“Pembina’s strategy of maximizing the value of its products through global market access is strengthened with the addition of HPC, which will allow us and our customers to benefit from additional margin capture.”

Inter Pipeline board of directors chair Margaret McKenzie said: “After a comprehensive review of strategic alternatives by the Special Committee of the Board of Directors of Inter Pipeline, it was evident that a combination with Pembina offered compelling value for Inter Pipeline shareholders in the short-term, as well as the opportunity to participate in the upside of HPC and the combined business longer-term.”

“The creation of a more highly integrated business across the energy infrastructure value chain results in a combined entity that is greater than the sum of its parts.”

The deal is subject to both the firms’ shareholder approvals, regulatory approvals, and approval of the Court of Queen’s Bench of Alberta. Following these, the transaction is estimated to close in Q4 2021.

In another development, Inter Pipeline closed its previously announced acquisition of the Milk River pipeline system from Plains Midstream Canada.