Pacton Gold has announced the first discovery of gold nuggets on the Golden Palms property. 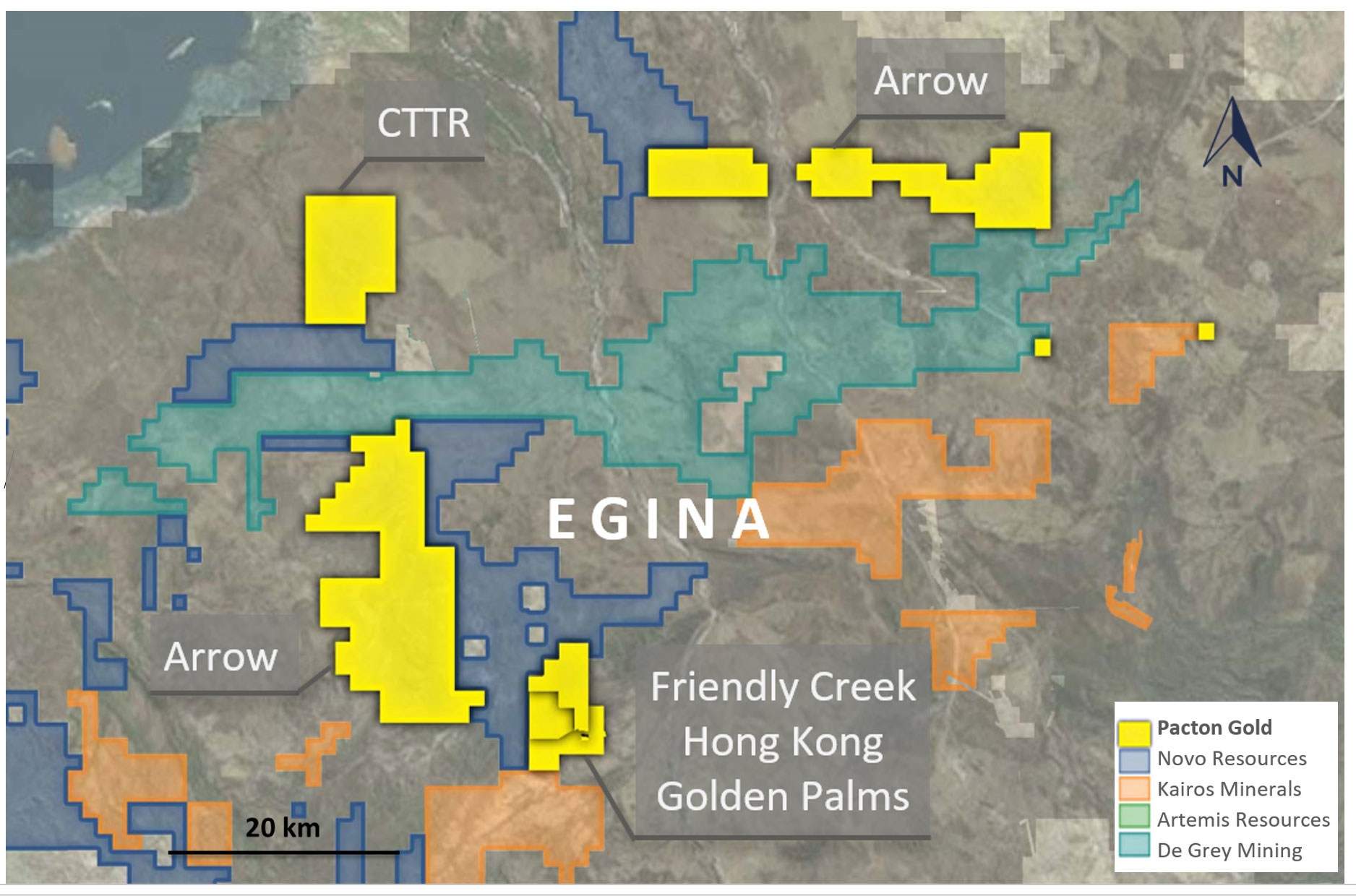 The nuggets were discovered by a prospecting crew working in advance of a geological exploration and mapping team.

This gold nugget discovery, within a 300 meter by 300 meter area, is significant in that it represents the first gold discovery on the Golden Palms tenement and has greatly expanded the known nugget-bearing potential of the South Egina area.

This new discovery is located approximately 2.5 km northwest of the recently announced Friendly Creek gold nugget discovery, and occurs across the regional structural and stratigraphic fabric of the underlying bedrock geology.

The gold nuggets, which show various morphological shapes and textures, and which appear to be eluvial remnants liberated from the underlying bedrock by weathering, were collected in an area that is underlain by mafic to ultramafic volcanoclastic rocks.

The basaltic rocks are described as similar to the basalts underlying the recent nugget discovery at the adjacent Friendly Creek tenement, except that the Friendly Creek basalts are massive, thick units, while the basalts underlying the recent Golden Palms tenement nugget discovery are mapped as being stratigraphically thinner, and are sparsely interbedded within a massive chert and limestone sedimentary package. Within the sedimentary package, the basalts do outcrop, but are usually covered by a layer of weathered colluvium, as occurs at the sites where the Golden Palms nuggets were discovered.

The prospective geological gold nugget area covered by Pacton’s South Egina project is large, poorly explored, and consists of an 8 km thick volcano-sedimentary system which extends for approximately 10 km along strike, in a NE-SW orientation, across the adjacent Golden Palms, Friendly Creek and Hong Kong tenements.