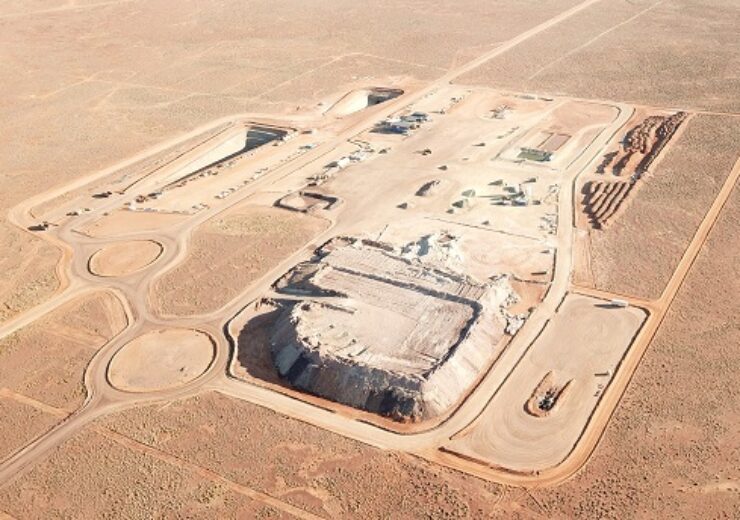 Aerial view of the Carrapateena mine. (Credit: OZ Minerals)

OZ Minerals has replaced Downer EDI with Byrnecut Australia as the contract for the underground mining and associated mining services at the Carrapateena copper-gold mine in Australia.

The company had to change the contractor after Downer’s decision to sell its mining services businesses as part of a larger portfolio review. Downer had been engaged with the copper-gold mine for the last two and a half years.

OZ Minerals developed the Carrapateena copper-gold mine in the Gawler Craton geological province in South Australia at a cost of AUD916m ($710.9m). The underground mine, which is located 160km north of Port Augusta, produced its first concentrate in late 2019.

The five-year contract secured by Byrnecut is an alliance-style of contract, which is valued at nearly AUS130m ($101.4m) per year.

Byrnecut has started a seven-week mobilisation to the Carrapateena mine site and will take over full responsibility for mining services delivery from early March.

Under the contract, the company will also be responsible for bedding in steady-state operations at nameplate site capacity.

Byrnecut has been providing underground mining services at OZ Minerals’ Prominent Hill copper-gold mine in South Australia for the last 10 years. Its contract for the Prominent Hill mine was renewed last year.

OZ Minerals said that it would work together with Byrnecut and Downer “during the transition period to ensure continuity of operational performance and development, and employee support and opportunities, with the objective of providing roles for the majority of the incumbent underground workforce. This transition will include the transfer of equipment from Downer to Byrnecut.”

Last month, OZ Minerals said that it had completed the ramp-up of the Carrapateena copper-gold mine with a consistent mine production rate of 4.25 million tonnes per annum (Mtpa) during November 2020.