Hooman Ghassemi, project manager at Hatch, gives an inside look at the award-winning Oxec II hydroelectric project in Guatemala 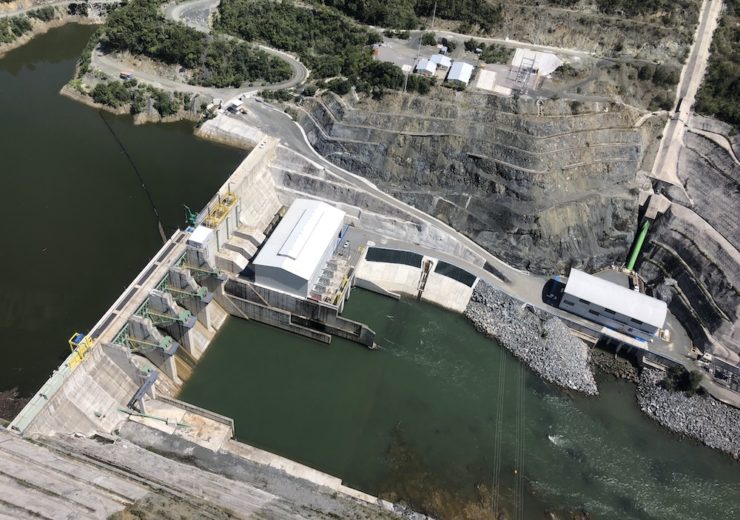 Aerial View of Oxec II project with Oxec I powerhouse on the downstream side (Credit: Hatch)

Located in Central America and home to more than 17 million people, Guatemala’s political and environmental landscape for new hydropower developments can be seen as a rather large challenge, one that engineering firm Hatch welcomed with open arms.

What began as a discussion with stakeholders in 2014 would later become Hatch’s formal engagement by Energy Resources Capital (ERC), the developer, and Solel Boneh Guatemala (SBG), the general contractor.

Hatch would be engaged to deliver the conceptual design and detailed design-build-engineering for the Oxec II Hydroelectric Project, recipient of a 2019 Award of Excellence from the Association of Consulting Engineering Companies-Canada (ACEC).

The 56MW greenfield site in Guatemala is part of the country’s effort to energise the nation with clean power.

Oxec II is a project by the numbers for Guatemala

Completed successfully in less than three years, thanks in part to innovative design approaches, the Oxec II project is a relatively low-head generating station with a concrete dam and spillway more than 41m high with an overall crest length over 200m.

The spillway is comprised of four bays each equipped with a 12m by 17m radial gate. The powerhouse has three horizontal shaft S-type Kaplan units with an installed capacity of 56MW.

The success of the Oxec II project hinged on the constructability and economy of the design, so innovation was crucial at every step.

To optimise the design, an alternative layout was proposed by Hatch, which would reduce construction costs while improving its reliability.

Hatch’s approach addressed most of the concerns provoked by the limited footprint available for the temporary works while offering improvements to the construction schedule, safety, and reliability of the temporary diversion works.

The fill material was processed with removal in mind, limiting the maximum size of the aggregate to a certain size. This was considered a remarkable environmental achievement for both the project and the region.

The cellular cofferdam, a first-of-its-kind in Guatemala, exhibited a high level of reliability and safety during its installation and life in service, and offered a high level of control on release of sediment by providing an enclosed space isolated from the main river flow.

Hatch’s design of the cellular cofferdam was recognised by the Consulting Engineers of Ontario (CEO) in 2017 with an award of merit in the Industry, Energy, and Resources category.

Then came the design of the spillway. The basic design included a stilling basin for energy dissipation, which was rather shallow and long with a potentially detrimental impact on the Oxec I powerhouse located immediately downstream of the Oxec II site.

To overcome this, Hatch proposed a submerged roller bucket spillway for energy dissipation. This was a complex undertaking requiring 3D finite element analysis to better determine the structural behaviour of the spillway subject to load and additional hydrotechnical studies to determine the permissible depth for the roller bucket.

The spillway hydraulic performance under maximum design flood was also verified by a sophisticated CFD model, which considered the three-dimensional features of the river bed and banks.

Faced with numerous climate-related obstacles, including unstable ground, frequent flash floods, and high seismicity, the Oxec II project was challenged on every front.

Additional risks associated with common high-magnitude flood conditions and in-water works were mitigated by the cellular cofferdam for river diversion.

The Hatch team provided several design details to improve the constructability of the permanent structures, such as the use of radial gates that stand 12m wide by 17m tall.

The hydrostatic load applied to gate trunnion under normal operating conditions is equal to the thrust of a Falcon 9 rocket at take-off making the trunnion anchorage one of the most critical components of the structure.

Hatch adopted a design consisting of groupings of post-tensioned anchors, which provide the necessary anchorage into the dam body rather than the spillway piers.

Part of Hatch’s proposed diversion system was the very large conduits left in the main body of the spillway using concrete stop logs, set to be closed at the final step of the construction.

The closure planning had to consider the submerged weight of the stop logs, the drag forces on the stop logs, the capacity of the crane placing the final logs under fast flow conditions, and the frictional resistance of the logs against the guides.

Detailed calculations and optimisations of the shape and aspect ratio of the concrete stop logs led to a closure operation without incident.

In the end, the Oxec II project delivered on schedule and under budget. Design optimisation of the spillway structure and changing the stilling basin to a submerged roller bucket resulted in about 40 percent savings in concrete volume of the spillway.

The optimisation of the intake block led to major cost savings both through a reduction in material and simplified construction methodology.

What’s next for Guatemala?

The real story remains that the Oxec II generating station will provide the country of Guatemala with 56MW of renewable energy for the duration of its operating life while offering some measure of flood control during the rainy season.

It will also pave the way for future projects in the region with plans already underway to adapt a similar design to that of the cofferdam to future developments.

It also sets the stage for local operations and maintenance work for years to come. Guatemala is ripe for more hydroelectric facilities. Many of the features in the Oxec II project are unique for that region and have already set precedence for future projects.