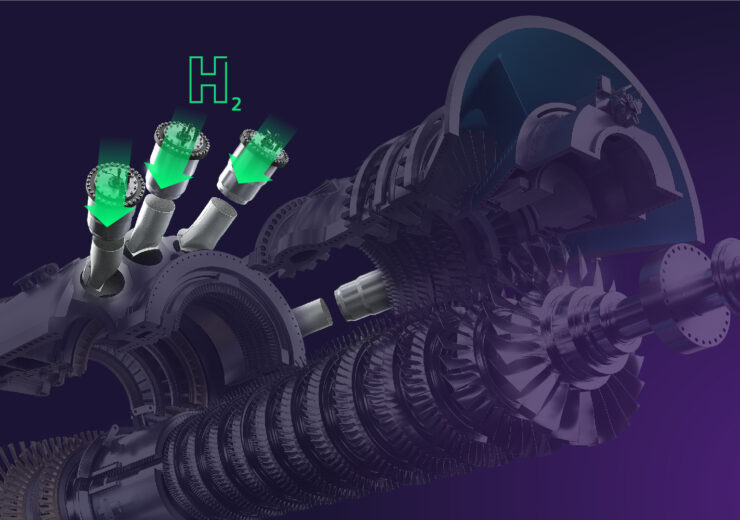 Hydrogen is viewed as an integral part of the discussion on the energy transition and a vital facilitator on the path to net-zero carbon in the energy mix for industry, mobility, and power generation. To reach its full potential further development is required in terms of scaling production, reducing cost, and integrating hydrogen into the global energy network.

There are many scenarios where hydrogen can play a significant role within the energy transition but one of the most important is power generation. The future that we are moving towards is one where 100 percent of electricity is generated from renewable sources, but that ideal scenario is many decades away. In that transition period the energy sector has an obligation to ensure that electricity keeps flowing to industry and consumers. With coal being phased out around the globe natural gas is being viewed as an ideal transition fuel. It is the cleanest of the available fossil fuels and there is already the infrastructure of gas turbines that are used to generate electricity.

However, Siemens Energy, believes that gas turbines have a role to play beyond this transition period. If the gas turbines can burn hydrogen in increasing volumes, then the infrastructure is future proofed and can continue to play a role in the zero-carbon future.

Siemens Energy has a range of heavy-duty, industrial and aero-derivative gas turbines, ranging up to 593 MW. Already the medium size gas turbines SGT-600, SGT-700 and the SGT-800 can burn up to 75 percent hydrogen by Volume with dry low emissions (DLE) burner technology. This delivers a 47 percent reduction in CO2 emissions compared to burning 100 percent natural gas. When it comes to hydrogen capability Siemens Energy are the leading OEM with its electrolyzers and experience in co-firing gas turbines.

Siemens Energy is also involved in several crucial hydrogen demonstration projects around the globe. In Dubai it is working on the DEWA green hydrogen project to deliver clean fuel from solar energy. In Chile, alongside several international companies it is developing and implementing the world’s first integrated and commercial large-scale plant to produce climate-neutral e-fuel. When it comes to gas turbines Siemens Energy is the consortium lead for the Hyflexpower project to modernize the existing combined heat and power plant in France. It is the worldwide first industrial scale power-to-X-to-power demonstrator.

For a greater understanding of the role that hydrogen can play now, and, in the future, we spoke to two of Siemens Energy’s experts. Sebastiaan Ruijgrok is Marketing Manager solutions and Dr. Ertan Yilmaz is the Hydrogen & Green Fuels Portfolio Manager for Siemens Energy’s Generation division as well as project coordinator for the Hyflexpower project.

“There is no other company that can offer the breadth of technology and solutions that we can offer at Siemens Energy,” Yilmaz says. “We have built up a wealth of experience and innovation in renewables, electrolyzers, gas turbines and control systems. There are already projects around the world where we utilize these technologies and expertise to produce green hydrogen for use in different applications.”

A pivotal technology is the hydrogen power plant. At its core, it features a gas turbine that can either co-fire hydrogen with natural gas or in the future burn 100 percent clean, green hydrogen. A combined-cycle gas power plant coupled with a Siemens Energy Silyzer 300 electrolyzer, hydrogen storage and Omnivise control system is an integral step on the path for the full-scale commercialization of the hydrogen use in power generation. The current vision is a gas turbine based hydrogen power plant that would utilize renewable energy or spare capacity to generate the hydrogen.

“Sitting alongside the turbine will be a facility to produce green hydrogen, consisting of PEM electrolyzers and hydrogen storage,” Ruijgrok adds. “This hydrogen will be produced with clean, renewable energy that is either generated on-site or from excess renewable energy from the power grid.”

The benefits do not end there. The waste heat from the electrolysis process can be fed into a heat pump to generate district heat for cities and local communities, while gas turbine waste heat is either reused in the production of power through combined cycle technology or can also be fed into a district heating network or collocated industrial facilities that utilize this heat in their production processes.

“The basic premise is to integrate different components into one plant solution. On top of that, we have our Omnivise control system that optimizes the supply and demand between the different elements of the solution,” Ruijgrok continues.

Effect of H2 on power plants

Transitioning from natural gas to an increasing mix of hydrogen on the pathway to burning 100 percent hydrogen does not come without challenges. Burning hydrogen is not new for gas turbines, there is a history of gas turbines burning refinery gases and other off-gases that are rich in hydrogen. However, running 100 percent hydrogen in state-of-the-art gas turbines with dry low emissions (DLE) combustion technology poses challenges. With this technology fuel and air are mixed in a premixing zone before it is combusted.

“The difficulty is developing combustion system technology that can operate on mixtures of natural gas and hydrogen up to 100% of H2,” Yilmaz says.

The key combustion challenges are the physical properties associated with hydrogen are completely different from natural gas. The high reactivity of hydrogen result in significantly faster lame speeds in the combustion zone than with methane. This forces the flame to stabilize closer to the burner exits where the premixed gas enters the combustion zone, which can result in increased hardware temperatures.

” A key design criterion is flashback resistance,” Yilmaz adds. “Flashback is the phenomena where the flame, which is supposed to stabilize in the combustion zone, propagates upstream into the premixing zone, which can result in hardware overheating and damage failure. This must be avoided at all times and as the volume of hydrogen is increased, this challenge becomes greater for our designers and engineers.”

Another impact of firing a hydrogen and natural gas mixture is the effect on the exhaust gas characteristics. The focus is rightly on the gas turbine itself and the burner technology, but there is also an impact on the bottoming cycle to be considered. One of the consequences of burning natural gas and hydrogen mixtures is if the fuel and air is inefficiently mixed, can lead to temperature hotspots and thus greater volume of NOx can be formed.

When talking about <10 percent hydrogen, its impact will be minimal, but when going to higher volumes, especially above 50 percent, also the bottoming cycle needs to be prepared. When designing and installing a natural gas-fired combined cycle power plant today that will transition over to burning higher percentages of hydrogen over its lifetime, it is crucial that it can comply with current and future NOx emission regulations.

“Natural gas-fired combined cycle plants are nowadays often installed with a selective catalyst reduction (SCR) unit inside the heat recovery steam generator (HRSG),” Ruijgrok explains. “This is typically an ammonia injection skit. Even units that are built without SCR installed often have an empty space inside the boiler to place an SCR system in the future if it is required.”

This higher NOx exhaust content needs to be a consideration when designing the system. If for a typical natural gas-fired plant, you would reserve X amount of space, if the plan were to increase the hydrogen content, more space must be reserved.

In addition to dealing with NOx compliance, there are additional challenges with maintaining optimum performance from the bottoming cycle. These include the changing dew point in the cold end of the boiler, a potential increase in the volumetric exhaust gas flow and potential additional safety aspects. These are all effects that Siemens Energy has a detailed understanding of and have solutions that can overcome these challenges.

Hydrogen challenges are well understood, and presently are being evaluated and validated in a European Commission funded Horizon 2020 lighthouse project entitled Hyflexpower. The four-year project started in 2020 and is developing innovative technologies to demonstrate a fully integrated power-to-hydrogen-to-power path for CO2 free power generation using an advanced high-H2 gas turbine.

The project will convert a combined heat and power (CHP) plant at Engie Solutions’ Smurfit Kappa pulp and paper industrial site in Saillat-sur-Vienne, France, to use a Siemens Energy SGT-400 gas turbine.  The conversion of an existing infrastructure has the advantage of significantly lowering costs and minimizing lead time when compared to a greenfield site. The upgraded demonstrator will then be used to generate and store green H2 from excess renewable electricity. During periods of high demand this stored green hydrogen will be used to generate electrical energy to be fed into the grid.

During two demonstration campaigns, the facility will be powered by a mix of natural gas and hydrogen, aiming for up to 100 percent hydrogen operation. In this regard, the overall goal of the Hyflexpower project is to evaluate an entirely green hydrogen-based power supply for a completely carbon-free energy mix. This would save up to 65,000 tons of CO2 per year for an SGT-400 at baseload operation.

“This will be the first time that the power-to-hydrogen-to-power concept will be proven, and all while generating zero CO2 emissions,” Yilmaz explains. “By fall 2023 we will have shown the market that we can burn up to 100 percent hydrogen in a gas turbine as part of a zero-carbon solution. That will be a real game-changer for the industry.”

With an end-to-end portfolio that encompasses gas and steam turbines, heat recovery products, renewable energy generation, electrolyzers, heat pumps, operating systems, and intelligent control systems, all these benefits can be integrated into one solution.

The path to combining electricity generation, hydrogen production and heat reuse can be tackled in a step-by-step approach. Starting small and thinking big is the key to success. It is not necessary to start with 100 percent hydrogen firing. An initial foray into the technology with a small on-site electrolyzer and a gas turbine that burns as little as five percent hydrogen will still save emissions while putting you on the path forward to 100 percent. This flexibility makes the hydrogen power plant an ideal solution for the vital short-term environmental gains that are required while future-proofing the investment to allow the hydrogen volume to scale up as market conditions change as the world transitions to a net-zero future.