Ørsted has started installing the first foundations at the 752MW Borssele 1 and 2, its first offshore wind farm in the Netherlands 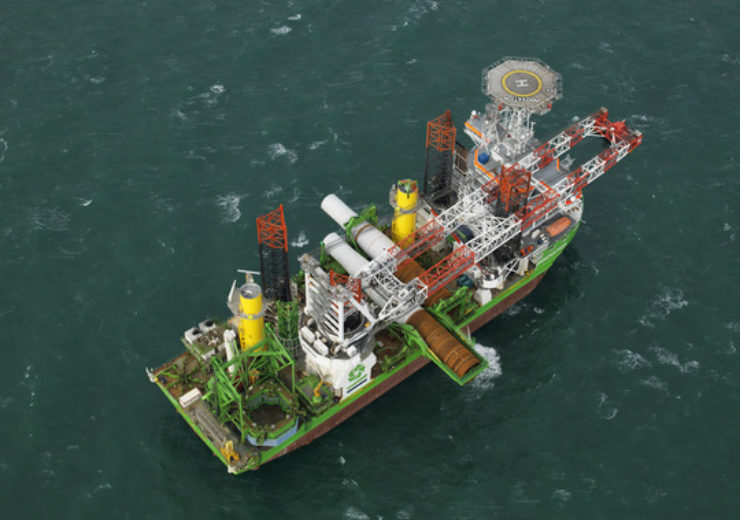 Denmark-based power company Ørsted has started construction at the 752MW Borssele 1 and 2 offshore wind farm, located 22km off the coast of Zeeland province, in the Netherlands.

The company has started the installation of the first foundations at the project, which is the company’s first offshore wind farm in the Netherlands.

Borssele 1 & 2 EPC director Henrik Egholm said: “It’s great that the installation has started now, according to plan. We’re very well on track with the construction of the wind farm. Borssele 1 & 2 will be operational end of this year.”

Ørsted has installed the first monopole at the wind farm, weighing 1,188 tonnes 76m in height, and the foundation will have a bottom of 8.5m wide diameter.

In addition, a total of 94 monopile foundations are planned to be installed at the wind farm, at water depths between 14m and 39.7m. Installation of  94 Siemens Gamesa 8MW wind turbines is expected to begin in April 2020.

The energy generated by each of the turbines will be enough to deliver for nearly 8,000 European households.

Sif, EEW SPC, EEW OSB and Bladt Industries have fabricated the monopiles and transition pieces for the project, and DEME is expected to install all the foundations.

The power generated by Borssele 1 and 2 is planned to be transmitted by TenneT’s Alpha offshore transformer station (platform).

By transforming 66kV power to 220kV, it will be transported to an onshore substation, which will connect to the national extra-high-voltage (EHV) grid through two 220kV export cables.

Ørsted Netherlands general manager Steven Engels said: “Borssele 1 & 2 will be our first offshore wind farm in the Netherlands and is an important step in the Dutch government’s ambitious shift towards green energy.

“Once completed, Borssele 1 & 2 will be the largest offshore wind farm in the Netherlands, able to supply renewable power to around one million Dutch households.”