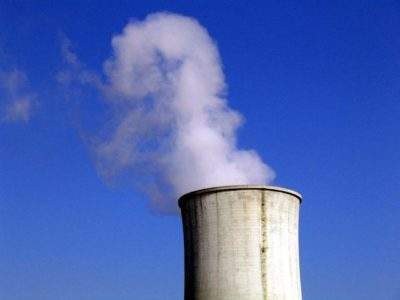 Located at the Orano Tricastin site in Drôme, France, the new Philippe Coste conversion plant is expected to account for a quarter of the world’s 60,000t production capacity of uranium hexafluoride (UF6) annually after reaching its full capacity in 2021.

Orano said that the construction of conversion plant involved more than 240 companies.

Featuring innovations in terms of safety, the environment and improved industrial performance, the new plant is designed to enable recycling of chemical reagents and offer a reduction in water consumption of as much as 90%.

Additionally, the plant features extensive automation of instrumentation and control functions to improve management of the process.

Orano CEO Philippe Knoche said: “With the Philippe Coste plant, the French nuclear sector has a brand new, modern, high-performance industrial facility. I would like to thank all the Orano teams as well as the partner companies. The successful completion of this project is testimony to their engagement and expertise.

“The Philippe Coste plant will contribute to the production of low-carbon electricity by our customers and for tens of millions of homes around the world.”

The Orano’s Philippe Coste and Georges Besse 2 plants at the Orano Tricastin site will manufacture nuclear fuel which in turn be used to produce low-carbon electricity to power more than 90 million homes.

Orano board chairman Philippe Varin said: “Orano is the first manufacturer to renew its conversion plants, and that is a decisive competitive advantage.

“This plant will be a symbol for French industry going forward, capable of building high technology facilities that are safe and respectful of the environment, and enabling our country to remain in the leading peloton of great industrial nations.”

The Philippe Coste plant is part of the Orano Tricastin site’s broader industrial modernization program, which already saw investment of more than €5bn over the past decade by Orano.

The conversion facility will have capacity of 7,500 tonnes and output of about 5,000 tonnes from 2019, Reuters reported. Upon completion of construction in 2021, the plant’s full capacity will be 15,000 tonnes.