Five years post Fukushima – what still needs to be done?

The Fukushima disaster sent shock waves through the global nuclear industry as well as the world. Its shadow continues to linger and has led to an outpouring of concerns. As Steve Kidd explains its legacy may go far beyond the short to mid term if the industry and regulators don’t act now to address the issues it raised. 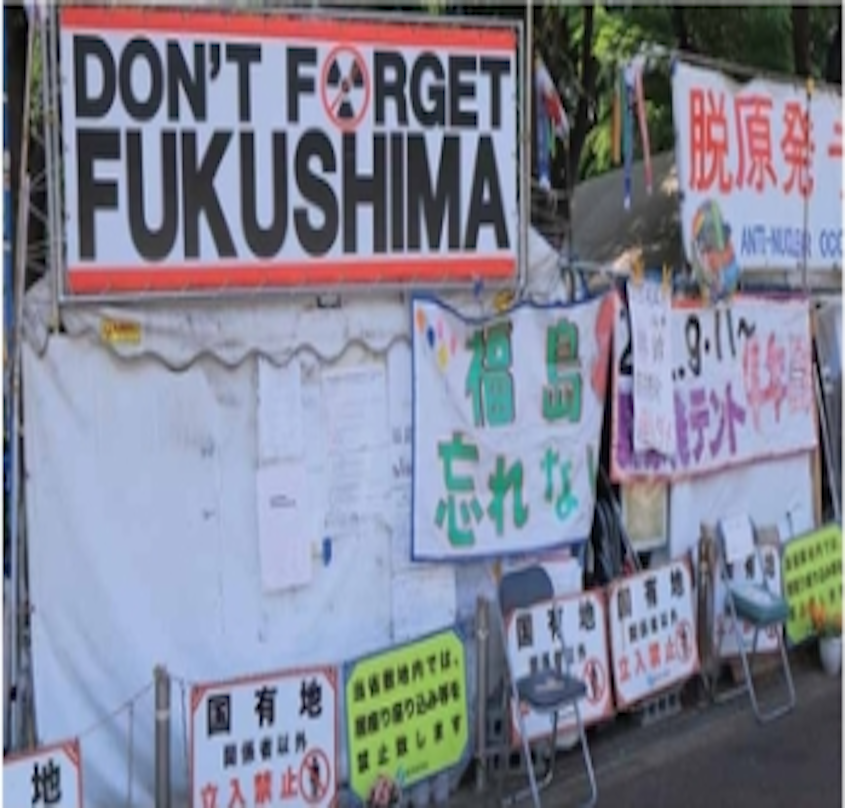 The fifth anniversary of the Fukushima accident of March 2011 has now passed and it provided a useful point for reflection. The poor situation in the area surrounding the plant remains, but the relevant authorities have at last taken control and people are gradually being allowed to return to their homes. There will continue to be stories of – albeit very low levels – radiation escaping onto land and sea, but there is now a good opportunity for Japanese nuclear advocates in the government and industry to rebuild the trust of the people.

The reactor restart programme has commenced. But it has stalled with only two units so far brought back online, because a worrying third element has been added to the process. The first two stages – achieving the approvals of the national regulatory authority and the local governments – are well advanced at many of the other ‘operable’ 40 reactor units. The process is, however, subject to legal challenges so small numbers of anti-nuclear citizens can hold up and even curtail the restarts. Experience suggests that once lawyers get their teeth into such processes delays will be long, as individual judges can be persuaded that the authorities have overridden legitimate citizen concerns. On the other hand, the Japanese government rightly recognises that nuclear should return to forming an important element of its energy strategy, particularly on grounds of security of supply and the environment. It is, however, as difficult as ever to see how and when nuclear can once again achieve a share of power generation of around 20%.

Outside Japan, Fukushima has clearly had a huge impact on the nuclear sector. Those who foresaw the accident having such an impact have been justified by the acceleration of the German phase out, long-term closure policies in other European countries and the strong possibility of France cutting its nuclear share of electricity down to 50%. Also by the end of any plans for Italy to return to nuclear power.

There are other issues for nuclear in Europe, notably rapidly rising shares of renewable power, but this can be at least partly attributed to strong feelings against nuclear. This rebellion is now expressed by activists who are attempting to force Belgian nuclear plants to shut down prematurely. The fear surrounding nuclear, highlighted in these comments over the past 18 months, is particularly potent in Europe. It has also gained traction in many of the IAEA’s list of prospective nuclear countries. For those with a deep belief that nuclear is a dangerous technology, most of what has been read, viewed and discussed after Fukushima reinforces that view. This is ‘confirmation bias’, whereby people only internalise information which backs up their preconceptions, whether or not it is misguided.

On the other hand we can point to other countries where Fukushima has apparently had very little impact. For example, in the UK, US and Canada there was an initial cut in public support for nuclear after the accident, but this quickly reversed. The regulators gave sensible advice to the local industries, based on a sober assessment of what had been learned from the accident. Other factors have been far more important over the past five years in these countries; such as the need to replace ageing reactors in the UK, the impact of cheap unconventional gas in the US and the need for major refurbishment in Canada. Therefore those who initially thought the impact of Fukushima could be minor have also found some support.

In most countries the accident has had some impact on nuclear, but things are going ahead much as before, albeit more slowly. The strong nuclear programmes in both China and India are still happening, but it will take longer than expected to reach nuclear shares of electricity of even five percent, still well behind the world average of 11%. The regulators have looked closely at the reactors in operation and at those planned for the next decade, they have been more cautious. This is a sensible reaction as they are answerable to local populations, no doubt concerned by what they saw in Japan. That there are now 65 reactors under construction around the world – the highest level since the 1980s – is taken as evidence the industry is still in rude health. The number of prospective closures may also be higher, but on balance, worldwide, nuclear power continues to grow, just at a slower pace.

However, there are few signs nuclear is set to achieve the growth that is necessary for it to take its appropriate place in world energy supply in the 21st century. The potential expansion of nuclear highlighted in reports by the IEA and other bodies, with hundreds of new reactors by 2050, is still a long way off. The degree of required investment calculated recently by the EU Commission, merely to maintain nuclear at close to its current market share, is daunting. Nuclear power needs strong state endorsement to succeed. With the exception of a small number of countries it doesn’t have this. So it is set to rise only on paper.

The industry hopes that once governments recognise that current renewable power technologies cannot achieve the carbon reduction targets they have endorsed at the Paris climate talks, they will return to nuclear. But as things stand they’re likely to turn to something else. Renewable power sources may achieve the degree of progress that their advocates expect and storage technology may also improve significantly. Governments might begin to recognise the nuclear case is strong on economic, environmental and security of supply criteria. But if they believe their populations are fearful of it they will either not endorse it or regulators will impose such stringent rules and regulations on the industry that it becomes uneconomic. So nothing much has really changed from the 1980s and 90s. The mooted nuclear renaissance in 2000-2010 is well and truly dead.

We must ask whether, if something like Fukushima happened again, the response would be any different. The industry now accepts that future accidents will happen, but claims they can be managed. However nothing has happened since Fukushima to promote a better understanding of radiation. If there are even minor offsite releases there will likely be the same chaos as at Fukushima, with all the confusion about measurement units, absolute levels and their potential impacts. Significant evacuations are the likely result, even though both Chernobyl and Fukushima demonstrated their foolishness, with the ultimate impact on human health significantly greater than if the people had stayed home. The regulatory regime still suggests that even tiny incremental doses of radiation are potentially harmful to human health. As regularly explained in these comments, if the regulators cannot give definitive guidance on what levels are or are not safe – and the public is as ill-informed as it is today – the industry has zero chance of succeeding.

This is the game changer. In contrast to Jonathan Cobb’s response (March 2016, ‘Nuclear and its role in climate change’) to my critique of the impact of Paris (February 2016, ‘After COP-21 – what is the opportunity for nuclear?’), nuclear energy’s "brand image" depends entirely on consigning the linear no threshold (LNT) theory of radiation to the dustbin. It is clear that avoiding carbon dioxide emissions is not nuclear’s unique selling point but it certainly is one of a number of positive features; at least for those capable of rational analysis. But it has a UNP (unique negative proposition) in the shape of the fear that surrounds it. LNT is merely the official manifestation of this, as a precautionary principle gradually destroys what should be a vibrant industry. If people are fearful and the regulator reaffirms that they are right, they will never take on board positive messages.

The industry, in the shape of the World Nuclear Association (WNA) and national associations, is still engaged in a substantial effort – with information in news services and websites – which appeals solely to people’s rational side. All the evidence suggests this will fail. More people know that nuclear plants don’t emit much carbon and can provide large quantities of secure power at affordable prices, but they will not endorse it if there is even a small chance of them being evacuated from their homes because of it.

It may well be that small modular reactors (SMRs) will prove to have a lot of virtues above today’s current large light water reactors, but they will never succeed if there is any chance of an evacuation following an accident. It is essential that before they become widely available – which may be just at the point when governments understand the limitation of renewables – that the public have a much better understanding of radiation with the constraints of the current regulatory regime removed.

This will be a lot easier said than done. The nuclear industry is doing nothing at present because it is a lot easier to stick to the fiction that information will conquer all. Bureaucratic careers are threatened by any move away from LNT. Meanwhile the industry sits in hope that there will not be another accident, without doing much to ensure that any consequences are minimised.

The difficultly is compounded while the leading nuclear companies are too frightened to publicly endorse it. EDF claims to be a clean energy company but avoids talking about nuclear as much as possible. How can it spend over £20 billion at Hinkley Point C using a technology it is apparently afraid of?

Paradigm shifts are far from easy but someone has to try. There is perhaps a parallel with the "war on drugs". The approach to narcotics has been one of prohibition backed by severe penalties for transgressors. This has clearly not worked as many people still endanger their health using drugs and a huge amount of criminal activity surrounds the process. There is now, however, the beginnings of a movement, promoted by organs such as The Economist, to think rather differently. The argument is that drugs should gradually be legalised, allowing their distribution much more freely but under certain controls. This is based on the idea that we are never going to ‘uninvent’ them and people will find ways of using drugs no matter what the potential adverse health impacts or criminal penalties. Some people may enjoy moderate use without harming either their health or the interests of others. Hence society may eventually learn to live more easily with drugs, rather like it has largely already done with alcohol.

Could radiation not also undergo a similar transformation? It cannot hope to be appreciated and enjoyed as many do with marijuana – although hormesis advocates argue that small doses can be beneficial – but can it not at least become properly understood and accepted as merely part of living on Earth?