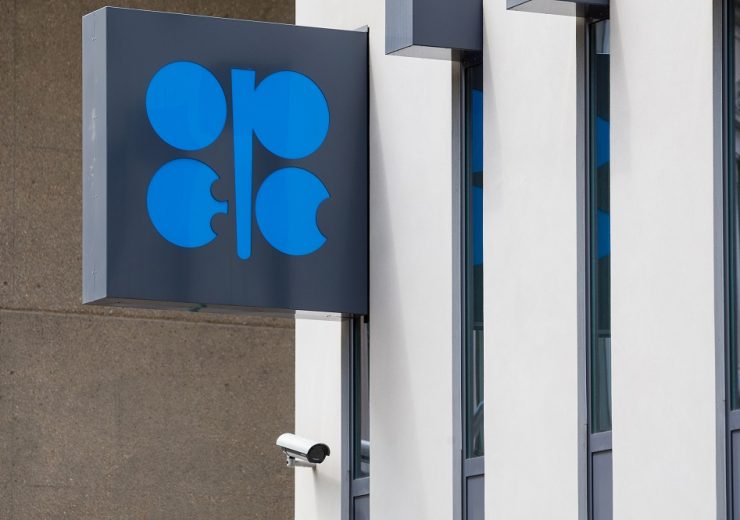 The Opec+ alliance has been holding back oil production since mid 2020 (Credit: Sodel Vladyslav/Shutterstock)

The informal alliance of oil exporters abandoned negotiations last week to agree a framework for pumping more oil from August, amid objections from the United Arab Emirates over its share of long-term production targets.

The group has been holding back its collective output since early in the pandemic to support prices during the crisis, but has been gradually scaling back the size of its reductions since the start of this year.

A further 400,000 bpd was due to be released into the market in August, but the stalemate means production curbs will instead remain at their July levels at a time when demand is resurging after last year’s historic decline as economies begin to reopen.

According to the IEA, global oil demand increased by 3.2 million barrels per day (bpd) in June after two successive months of decline. By the end of 2021, oil demand is expected to increase by 5.4 million bpd, with a further three million bpd forecast for 2022.

“Oil prices reacted sharply to the Opec+ impasse last week, eyeing the prospect of a deepening supply deficit if a deal cannot be reached,” the agency said in its latest monthly oil market update.

“At the same time, the possibility of a market share battle, even if remote, is hanging over markets, as is the potential for high fuel prices to stoke inflation and damage a fragile economic recovery.”

Crude oil prices have risen significantly since the start of this year, with Brent crude currently priced around its highest since 2018 at near $75 per barrel.

“While prices at these levels could increase the pace of electrification of the transport sector and help accelerate energy transitions, they could also put a drag on the economic recovery, particularly in emerging and developing countries,” the IEA report noted.

An oil stock build-up caused by last year’s demand plunge has now been cleared, and the IEA expects the third quarter of this year to see the largest crude oil stock draw in at least a decade as demand continues to recover.

But with supplies still constrained, retail prices for petroleum products are rising in many parts of the world, including the US, Europe, India and Brazil, threatening to destabilise the global economic recovery.

“Oil markets are likely to remain volatile until there is clarity on Opec+ production policy,” the IEA said. “And volatility does not help ensure orderly and secure energy transitions – nor is it in the interest of either producers or consumers.”