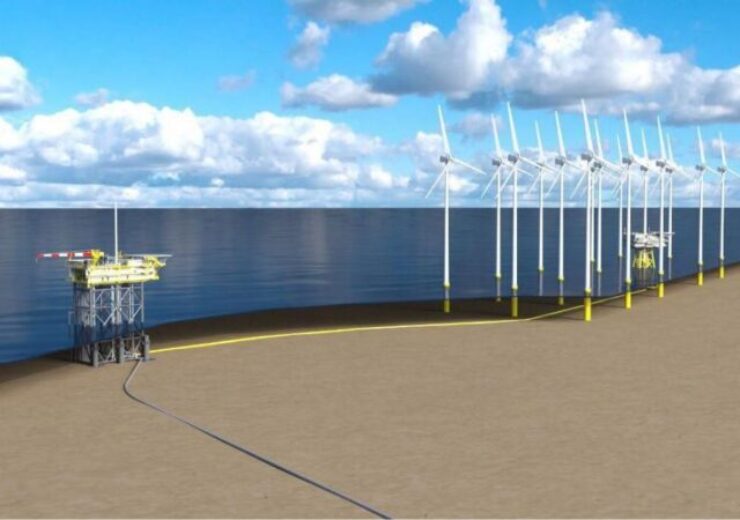 Illustration of the N05-A platform and the connection to the Riffgat wind farm. (Credit: ONE-Dyas)

ONE-Dyas and its partners Energie Beheer Nederland (EBN) and Hansa Hydrocarbons have taken a final investment decision (FID) to develop the N05-A gas field in the Dutch North Sea with an investment of over €500m.

The FID follows the receipt of definitive permits from the Dutch Ministry of Economic Affairs and Climate by ONE-Dyas, as announced in June 2022.

The N05-A field and its nearby prospects are expected to produce 4.5 to 13 billion normal cubic metres (Nm3) of natural gas.

Its platform will be located nearly 20km north of the Borkum, Rottumerplaat, and Schiermonnikoog islands. By operating on clean power from the nearby Riffgat wind farm, the platform will reduce the carbon footprint of the N05-A gas project.

The N05-A platform will be installed nearly 1.5km from German waters. The project is expected to commence production by the end of 2024 to supply natural gas to Dutch and German households.

ONE-Dyas CEO Chris de Ruyter van Steveninck said: “With this investment decision, we have demonstrated that we are serious about the energy transition. As an operator, and together with our partners, we want to actively contribute to the security of supply of natural gas to North-West Europe and we are taking a major step in reducing CO2 emissions.

“We are bringing emissions close to zero as the nearby offshore Riffgat wind park will supply the N05-A platform with wind energy. We have agreed to produce natural gas from the GEMS area only as long as there is domestic demand for natural gas in the Netherlands and Germany.”