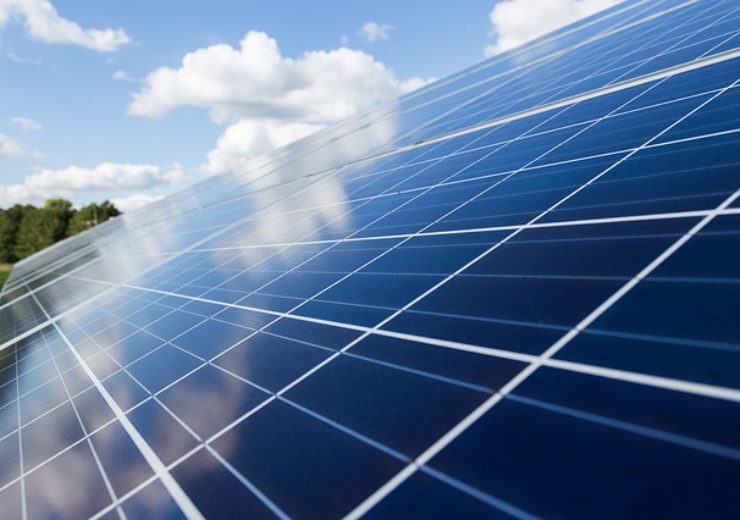 Oklahoma Gas and Electric, a subsidiary of Oklahoma City-based OGE Energy, announced today that it will expand its renewable energy portfolio with the construction of two, 5-megawatt (MW) universal solar energy centers in southeast Oklahoma. The company-owned projects will help meet the renewable energy needs of the Chickasaw Nation and Choctaw Nation.

Quotes from Sean Trauschke, OGE Energy Corp. Chairman, President and CEO:
“We’re pleased to collaborate with these two great tribes to meet their renewable energy needs while growing the availability of universal solar energy on our system,” said OGE Energy Chairman, President and CEO Sean Trauschke. “In addition to serving tribal needs, these projects will offer the benefits of solar energy to all customers through our subscription-based program.”

QUOTE(S) FROM CHICKASAW NATION GOV. BILL ANOATUBBY
“We are pleased to work with OG&E on this innovative renewable energy project,” said Chickasaw Nation Governor Bill Anoatubby. “This collaboration highlights the importance of working together to help sustain both a strong economy and a thriving natural environment for generations to come.”

QUOTE(S) FROM CHOCTAW NATION EXECUTIVE DIRECTOR RONALD ABNEY
“The Choctaw Nation of Oklahoma takes pride in being good stewards of the resources we are blessed with in Southeastern Oklahoma. Our partnership with OG&E to utilize a renewable energy source such as Solar Energy furthers the Nation’s commitment to responsibly use these resources while protecting our environment,” stated Executive Director Ronald Abney. “We are proud to lead the way in bringing commercial solar energy to our facilities in Durant and to other accounts within the OG&E service area. With facilities located throughout the 10.5 counties in SE Oklahoma, the Choctaw Nation is committed to the efficient use of energy. Several teams within the CNO are committed to managing our energy consumption as well as our total energy cost. This solar farm partnership addresses both the environmentally responsible use of energy as well as provides an economic hedge to uncertain energy prices in the future.”