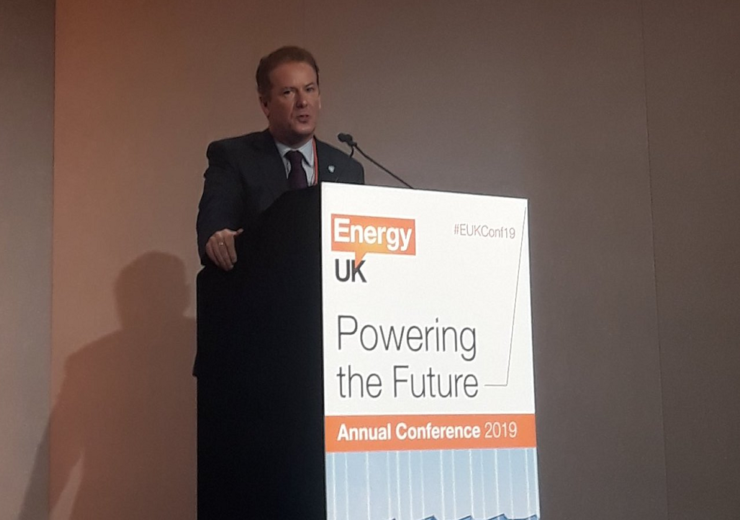 The outgoing boss of energy regulator Ofgem has said the agency plans to take a more proactive role in helping to reach the UK’s 2050 net zero decarbonisation targets.

Dermot Nolan, who will be replaced at the helm of the watchdog by Jonathan Brearley early next year, said despite the organisation having previously been wary of straying into climate change issues, it had decided to make decarbonisation a “core issue”.

In June, former UK Prime Minister Theresa May signed into law the UK’s commitment to achieving net zero emissions by 2050, making the UK the first G7 country to do so, and giving industry a firm legislative deadline by which to work.

Speaking at the Energy UK conference in London today, Nolan said: “The net zero target has changed the game – there’s now a very tangible target for 2050 which will require pretty significant changes to British society.

“The sector is going to have to respond fundamentally to that at a pace of change it probably hasn’t engaged in before.

“As a regulator we have not previously thought of decarbonisation as a core issue – but I want to make it clear that we’ve changed in that view.

“The Ofgem board has discussed this extensively in the past year, and taken the view that we want to be a more active facilitator towards Britain fulfilling its decarbonisation targets.

“We think our primary duty of protecting the consumer, both now and in the future, gives us a mandate to actually think about decarbonisation.”

Nolan added that he would welcome some more “clarity” from government over the regulator’s  precise statutory role in facilitating the net zero target.

The watchdog chief also identified the UK’s heat, power and electric transport infrastructure as providing some of the biggest challenges in meeting the “spectacular” challenge of reaching the 2050 goals.

He warned that although the UK has made “considerable progress” in the decarbonisation of its power sector compared to many other countries – particularly Germany and Japan – it should not become “complacent”.

“So we should not be complacent about where we are.”

And on the issue of decarbonising the transport system, Nolan added that Ofgem is considering a number of possible interventions to accelerate progress towards the rollout of electric vehicles.

He said: “The government has committed to banning the sale of new diesel cars by 2040 – which could be brought forward.

“And we are expecting significant growth in electric vehicles to meet the UK decarbonisation targets – and as a regulator that presents huge challenges as well.”

Nolan said that issues of electric vehicle charging points and who should intervene to provide them, as well as how the underlying transmission networks should be developed, are among the “difficult” questions Ofgem is currently grappling with.

“We are considering whether to impose some sort of charging regime – whereby if you were charging at peak times you would automatically pay more,” he added.

“It would be quite a strong intervention in the market – which is not something we would do lightly or have traditionally done in British regulatory practice – but these are the kinds of interventions designed to actually change energy usage in a way that will facilitate decarbonisation we are thinking about quite extensively.”

Nolan suggested decarbonising heat could prove one of the most difficult hurdles, both on a technical level and in terms of convincing customers that big changes to their households are necessary.

He said: “Government will have to make fairly significant decisions in a few years’ time about what path we go down, and whichever path we choose – whether further electrification of heat or a replacement for the gas network, probably with hydrogen – it will be incredibly intrusive to people.

“It will mean going into every home in the country and at the very least replacing their boiler system.

“Heat is a huge challenge technically, and even more of a challenge to convince all the people of the 28 million homes in the UK that they need to decarbonise.”