The World Bank has announced the launch of the first phase of the Nurek Rehabilitation Project, which is expected to ensure a reliable supply of electricity in Tajikistan. 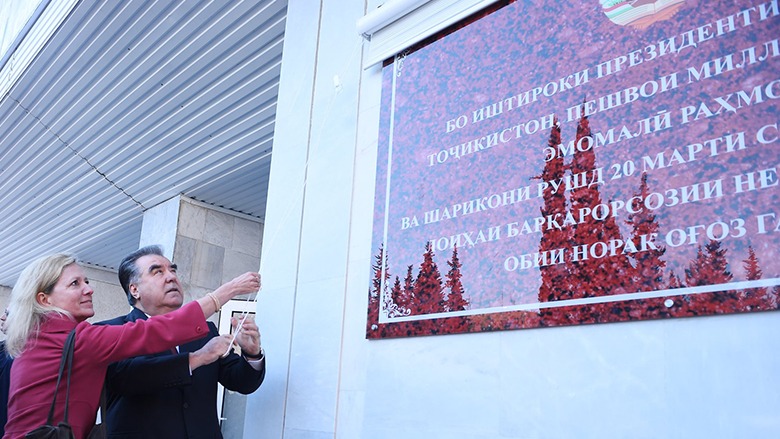 Image: Tajikistan President Emomali Rahmon at initiation of the rehabilitation project. Photo: Courtesy of Press Office of the President of Tajikistan.

The first phase of the Nurek hydro power plant is expected to cost $325m.

The first phase will see the rehabilitation of three generating units, improvement of dam safety, with special focus on protection against seismic hazards and floods. Additionally, six auto-transformers used to regulate voltage will also be replaced.

Furthermore, the institutional capacity of Barqi Tojik will be enhanced along with its operational and financial performance.

The rehabilitation of power plant will be carried out by Andritz Hydro, which was selected by the Government of Tajikistan through an open, international tender.

The Nurek hydro power plant is at the heart of the country’s power generation, generating about 70% of the total annual energy demand. The project has an installed 3GW. The plant is operational only at 77% and it is presently undergoing the first major rehabilitation since its commissioning in 1972.

Once the rehabilitation is completed, the plant will see an increase in winter generated by 33 million kWh. Achieving this is claimed to be at the central of the government’s efforts to increase power generation even during the coldest of winter months.

The rehabilitation will also allow the country to expand electricity exports during summer months through the Central Asia South Asia Electricity Transmission and Trade Project (CASA-1000) transmission line and generate additional revenues for the power sector.

The World Bank has also agreed to provide $24m for strengthening the CASA-1000 transmission line. The loan will help in improving the infrastructure, which will in-turn benefit nearly 200,000 rural inhabitants in the country.

The aim of the CASA-1000 project is to facilitate energy trade along the transmission line in the Kyrgyz Republic, Tajikistan, Afghanistan and Pakistan.