Nornickel to invest $1.4bn in Talnakh and South Cluster projects

Norilsk Nickel (Nornickel) said that it will invest up to RUB90bn ($1.39bn) in the Talnakh concentrator and the South Cluster mining project in Russia. 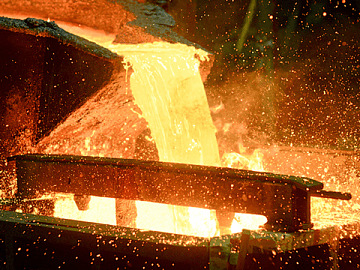 Image: Nornickel’s investments in two projects are likely to create over 2,000 jobs in the Norilsk industrial district. Photo: courtesy of Norilsk Nickel.

The investments in the Talnakh concentrator and South Cluster projects will be made over the next four years, said Nornickel.

The palladium and refined nickel producer has taken final investment decisions (FIDs) in this regard, and expects the two projects to boost the production of base and platinum group metals (PGMs) to a significant extent.

Nornickel is taking up expansion and reconstruction of the Talnakh Concentrator at the Talnakh mine near Norilsk in the Krasnoyarsk Krai with an investment of around RUB40bn ($620m). The project, called Talnakh Phase 3 or TOF-3, aims at ramping up the throughput capacity of the concentrator from the current 10 million tons per annum capacity to 18 million tons per annum.

The company also plans to introduce a more efficient enrichment technology at the nickel concentrator with the expanded facility to be commissioned in 2023.

Following the completion of the project, all the ore mined at the Talnakh mine will be processed at the Talnakh concentrator, which the Russian miner says will deliver economies of scale and boost overall recovery rates in concentration process.

According to the company, with all of the Talnakh ores treated at a single concentrator, the Norilsk concentrator capacity will be freed up for the treatment of the feed from the South Cluster project.

The company will invest over RUB45bn ($700m) on the South Cluster mining project, which will involve the development of the northern portion of the Norilsk-1 deposit. The project is expected to give the heavily depleted Norilsk-1 deposit a new life with South Cluster’s total mineable resources of disseminated ore being 165 million tons.

Nornickel’s investments in the two projects are likely to create more than 2,000 jobs in the Norilsk industrial district.

Nornickel president Vladimir Potanin said: “Nornickel management team has been preparing the platform for growth since 2013. Now we are ready to make a step change transformation from a steady state to a sustainably developing operation.