Nord Gold SE (“Nordgold” or the “Company”), the internationally diversified gold producer, has completed a significant investment programme into the Lefa mine in Guinea. 2018 capital expenditures designed to both improve efficiencies at Lefa while also extending its life of mine increased to over US$70 million from US$48 million in 2017. 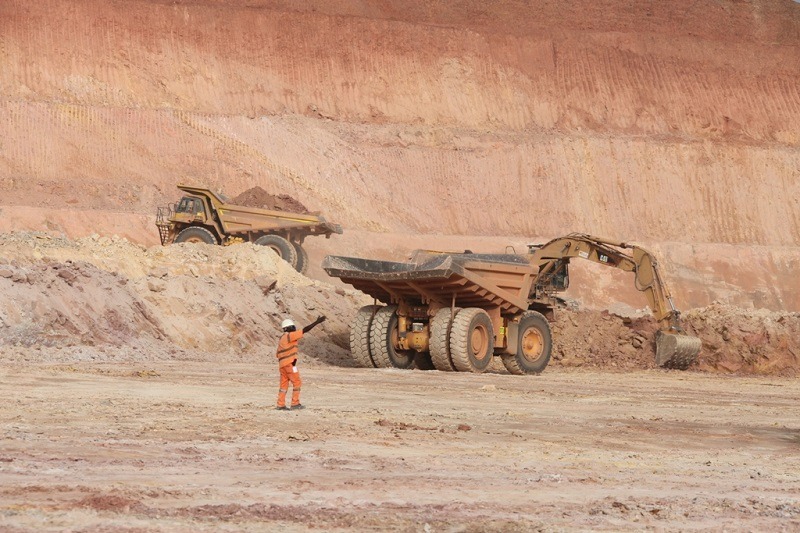 Nordgold acquired the Lefa mine in 2010. Since acquiring the mine, the Company has invested almost US$1 billion into the country thereby maintaining its position of one of Guinea’s largest gold producers. From 2011 to 2018, Nordgold has paid c. US$180 million in corporate taxes and royalties. Lefa provides direct employment for almost 1,200 employees, as well as over 800 indirect jobs. The Lefa mine has also invested significantly to improve the provision of local health and education services, including support in the fight against Ebola, as well as the creation of new medical facilities and some 40 schools.

In 2019, Nordgold plans to increase its extensive investment in Guinea by 15% year-on-year to approximately US$80 million.

Alejandro Rodriguez, Acting General Manager of the Lefa mine said: “We remain committed to Guinea and to driving performance at the Lefa mine. This intensive investment programme will put us in the best position to maximise the value of this major asset. Alongside the investment into equipment and facilities, we will also maintain our strong support of the local communities. The investment into staff development programmes, but also education and health facilities, will bring major benefits to the area. Lefa is an important asset, and Nordgold will continue to invest in exploration to extend its life of mine, and to sustain the current production level”.

Nordgold has made further improvements to safety and working conditions at Lefa, including the purchase of a second fire engine and additional state of the art firefighting equipment. Nordgold has also continued to invest in employee development. In addition to wage rises for all workers, the Company has provided training programmes to over 600 employees, half of Lefa’s workforce. There has also been an upgrade to both office and on-site leisure facilities.

Lefa will extend its employee development programme, offering vocational training courses to over 1,000 employees in 2019. Construction of leisure and fitness facility is on-going and expected to be complete before the end of the year.

Lefa increased ore mined volumes in 2018, focusing its mining activities on delivering ore from four pits, as well as on waste stripping at two pits to ensure delivery of quality ore in 2019. Road access to a recently discovered Kassa Kassa mining area has been completed and will serve as a new satellite pit.

Two major construction programmes were completed during the year. The Lero Karta river diversion was relocated to its final position and various upgrade design specifications were undertaken. The mine continued to operate successfully throughout a heavy rain season in 2018. Upgrades to the tailings dam embankments were also completed for Kankarta and Carrefour walls.

The new Mining Convention and Renewal of Mining Permit were granted by the authorities to the Lefa mine in August 2018 pursuant to the promulgation of relevant Decrees. The new Permit is effective from 21 March 2019 and is extended for 15 years, in line with Lefa’s current life of mine.

Additional investment was made into upgrading the Lefa processing facilities in 2018. The processing plant throughput was increased by 2% by recommissioning of the pebble crusher with significant engineering modifications to the mill circuit. The processing plant’s gold recovery section also saw significant improvements, including the installation of a separate Reagents Wash Column and Elution Column, 800 electro-winning cell, cascade barring furnace, and the replacement of the pre-soak tank and elution heaters.

The Tailings Storage Facility (TSF) 1 extension was completed in 2018 with an additional operating capacity expected to last until 2021. The TSF 2 feasibility study has commenced, and will be completed in 2020.