The facility can produce 50 concrete tower segments every week, which is equal to two towers with hub heights of 120m 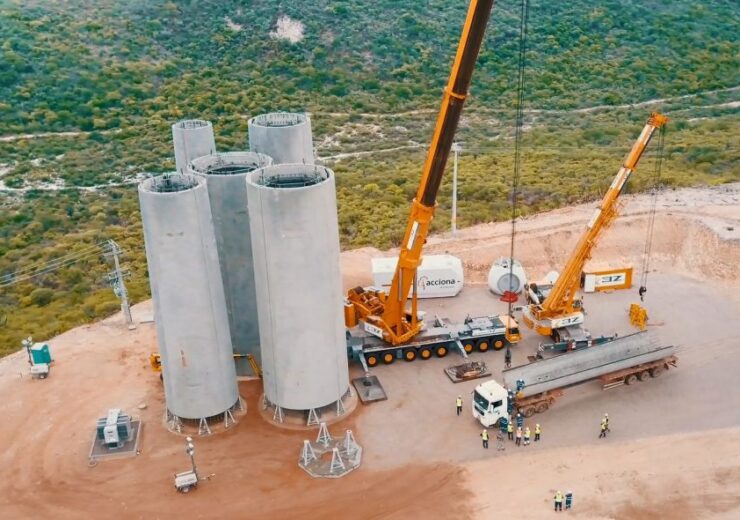 The plant, which covers an area of over 120,000m2, is located in Motilla del Palancar,  Castilla-La Mancha.

Nordex Group has already begun the production of first concrete tower segments in September this year.

At present, the company has 250 employees at the plant and will add another 50 jobs in future. The factory only manufactures to suffice the needs of the group, said Nordex.

The factory includes cranes to lift the segments, which weigh between 45 and 55 tonnes.

To manufacture concrete towers, Nordex obtains the concrete from a local supplier nearby.

The facility can produce 50 concrete tower segments every week, which is equal to two towers with hub heights of 120m.

Currently, the company is providing four wind farm projects in Spain with concrete towers. The segments are assembled on-site in the wind farms when the turbines are installed.

Similar to the company’s 11 tower manufacturing plants, the new facility is also based on a mobile concept.

Under this concept, the plant can be completely dismantled and assembled again anywhere in the world near the new wind farms that are to be constructed.

Nordex Group CEO José Luis Blanco said: “The know-how regarding the design and production method of our concrete towers for our turbines is a core skill for implementing our customers’ wind energy projects in a cost-efficient manner.

“For example, by producing the concrete towers on-site near to the wind farm we are able to reduce the logistics costs as the transport distances and times are much shorter.”

In July this year, Nordex won a contract from Enlight Renewable Energy to supply and install turbines for the 312MW Gecama wind farm in Spain.