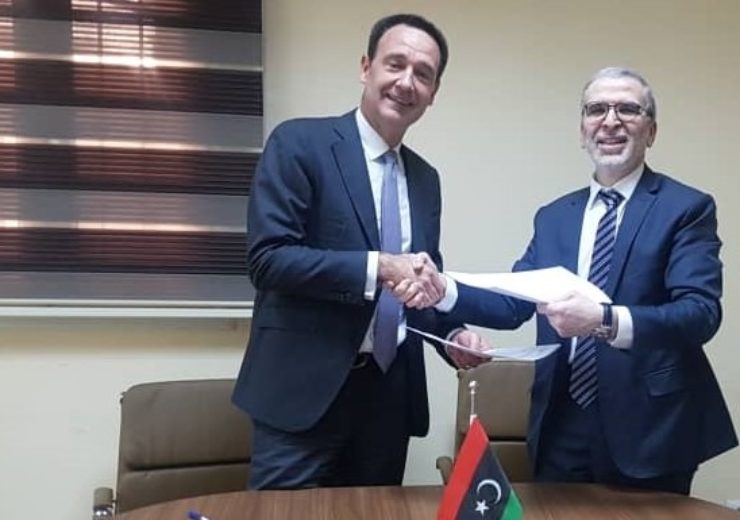 Image: Total will assist NOC by investing $650m towards the development of the Waha concessions. Photo; courtesy of National Oil Corporation (N.O.C).

Total said it has now signed an agreement with NOC and the Libyan Government for its participation in the Waha concessions.

The move follows Total’s acquisition of 16.33% working interest in the six Waha concessions through the purchase of MOLL in March 2018.

NOC chairman Mustafa Sanalla said: “When Total announced the purchase of MOLL’s stake in the Waha concessions through the acquisition of MOLL for a price of $450m, NOC withheld its approval until it had the opportunity to scrutinise the deal in all its legal, contractual, financial, and investment aspects.

“In addition, NOC considered the feasibility of NOC or other Libyan entities acquiring that stake, versus what Total could bring to the concessions on a technical level and to the regions adjacent to them through social development. NOC also sought the government approvals necessary to complete the deal.”

Total to invest $650m for the development of Waha concessions

As per the terms of the deal with NOC and Libyan Government, Total will assist NOC by investing $650m towards the development of the Waha concessions, which currently produce around 350,000boe/d.

Total will also assist in increasing production by 180,000boe/d through the North Gialo and NC 98 fields for NOC.

In this regards, the French firm has agreed to pay $30m when North Gialo becomes operational and another $30m once the NC98 project enters service.

Total chairman and CEO Patrick Pouyanné said: “Total is satisfied to sign this agreement with NOC, with the agreement of the Government of Libya, which definitively endorses our entry into the Waha concessions.

“We will engage resolutely with NOC and Waha Oil Company in order to invest, optimise the infrastructure and develop new reserves for the benefit of all parties and notably Libya and the Libyans.”

The company plans to further invest $20m over the next four years towards economic development programmes.