The 650,000 barrels per day (bpd) refinery is reported to be commissioned early next year 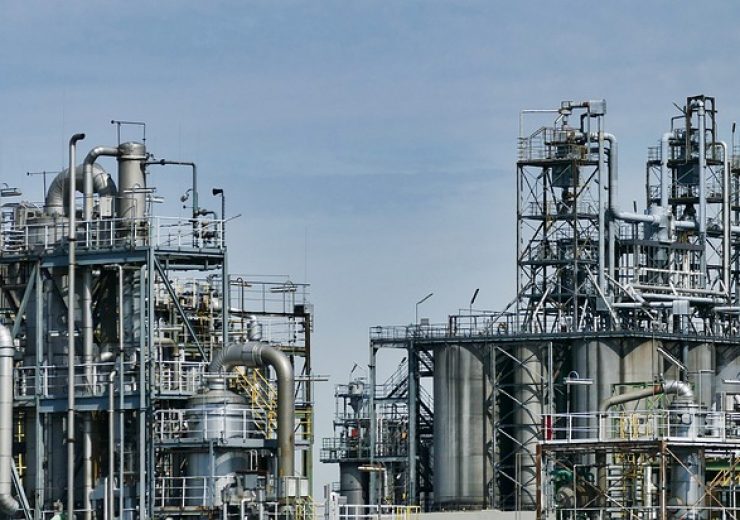 The refinery is expected to process light and medium grades of crude. (Credit: SatyaPrem from Pixabay)

State-owned Nigerian National Petroleum Corporation (NNPC) is reportedly in talks with Dangote Industries to acquire a 20% stake in the Dangote refinery, Lagos.

The 650,000 barrels per day (bpd) refinery is estimated to be built with an investment of about $15bn.

The facility is expected to process light and medium grades of crude, including petrol and diesel as well as jet fuel and polypropylene.

The Dangote refinery is currently under construction on a 2,635ha site on the Lekki Free Zone near the Lekki Lagoon, along the coast of Atlantic Ocean.

Upon completion, it is expected to become the Africa’s biggest oil refinery and the world’s biggest single-train facility.

Yakubu said that talks were continuing with the Dangote Group to acquire the stake.

Yakubu was quoted by the publication as saying: “We have what we call the green field refinery and the Greenfield Refining Projects Division (GRPD) of the NNPC. What we do, our strategy is to collaborate and seek strategic partnerships with private investors.

“At the moment, we have Dangote Refinery, which is the 650,000 capacity barrels per day plus a mini 80,000 tonnes per annum petrochemical plant.”

Dangote Industries group executive director Devakumar Edwin told Reuters that the mechanical completion of the refinery is scheduled to take place this year, with commissioning by early next year.

The facility will also feature a fertiliser plant that will utilise the by-products produced by the refinery as raw materials.

Emerson launches webinar series on smart refining of the future