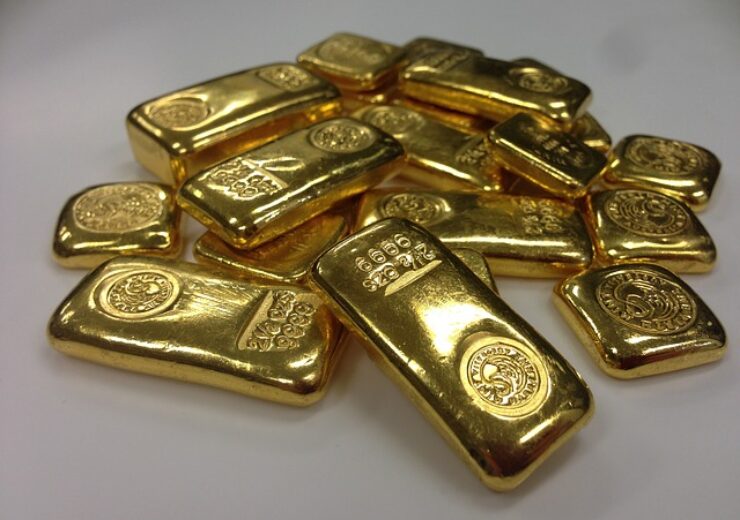 Anglo Asian Mining PLC (“Anglo Asian” or the “Company”), the AIM listed gold, copper and silver producer focused in Azerbaijan, is pleased to announce that it has entered into a non-binding Heads of Terms Agreement (“HoT”) with Conroy Gold and Natural Resources PLC (“Conroy Gold”) for a proposed joint venture. Anglo Asian will acquire, by way of the joint venture, up to a 55 per cent. interest in the Longford Down Massif gold project (the “Project”) in Ireland currently wholly-owned by Conroy Gold in exchange for committing to meet certain expenditures.

·    HoT signed to acquire up to a 55 per cent. interest in the Longford Down gold project in Ireland currently wholly-owned by Conroy Gold

·    The licences cover over 800 square kilometres in a major gold district in the north-east of the island of Ireland, known as the Longford Down Massif, containing significant gold targets including:

o Clontibret – an existing JORC Resource of over 500,000 ounces of gold, situated in County Monaghan, in the Republic of Ireland

o Clay Lake in County Armagh, Northern Ireland – a gold target that extends for two kilometres by one kilometre and lies at the north-eastern end of the 40 mile Longford Down gold trend

·    Ireland is an attractive mining jurisdiction, with highly prospective geology – the Republic hosts Europe’s largest zinc mine and gold mining projects are being developed across the border in Northern Ireland

·    The licences (and associated intellectual property) will be segregated, upon formation of the joint venture, into three separate companies in which Anglo Asian will have an initial 17.5 per cent. interest in exchange for committing to meet certain expenditures of the Primary Expenditure Programme (as defined below) subject to regulatory approvals.

·    Anglo Asian will retain an interest in each of the three joint venture companies even if it does not proceed to the Secondary Expenditure Programme, the amount of which will depend on the total amount of its investment.

·    The joint venture is subject to satisfactory due diligence, concluding a binding joint venture agreement (the “JV Agreement”) between Anglo Asian and Conroy Gold, regulatory approvals and the approval of Conroy Gold shareholders.

·    325,000 warrants for Anglo Asian to acquire Ordinary Shares at 16p in Conroy Gold have been issued which can be exercised immediately.

Reza Vaziri, CEO, commented: “These are exciting times at Anglo Asian and I am delighted to announce this proposed joint venture with Conroy Gold which will be the Company’s first enterprise outside of Azerbaijan.

“The proposed joint venture is in keeping with the Company’s stated strategy and ambitions and will complement the Company’s existing pipeline of projects in Azerbaijan. It is of sufficient scale to considerably add to the Company’s operations, but of a size which will not adversely impact the development of our assets in Azerbaijan. Our experience in building and operating mines will combine well with Conroy Gold’s exploration skills and local knowledge and together we can drive the Project forward. Ireland, like Azerbaijan, has a stable and predictable jurisdiction for mining.

“The transaction has been designed to minimise the risk to the Company. The licences will be segregated into three companies. The joint venture agreement will ensure that all funds invested to acquire our interest will be used to further explore and develop the properties. The Company is envisaging an initial commitment to the joint venture of €4 million and will still retain a significant interest in the licences even if it decides to proceed no further after this initial expenditure. The warrants awarded to the Company will enable us to benefit from any increase in the share price of Conroy Gold as a result of their success in the joint venture.”

Stephen Westhead, Director of Geology & Mining, commented: “The Longford Down Massif includes some very highly prospective gold targets and the proposed joint venture immediately adds to the Company’s inventory of JORC resources, while also increasing exploration upside potential to the shorter term mine development targets. The Company has demonstrated its expertise in exploration through to developing projects into production. This expertise will prove transferrable to Ireland, where the proposed exploration and development programme has the potential to add to shareholder value.”

Rationale for the transaction and the benefits to Anglo Asian

Anglo Asian’s participation in the joint venture in Ireland is in line with the Company’s stated strategy of considering opportunities outside Azerbaijan which it believes can be made a commercial success. The joint venture will complement the current pipeline of projects under way in Azerbaijan and in due course will lead to growth in the overall business of the Company.

Ireland, like Azerbaijan, is considered an excellent jurisdiction in which to operate. The Republic is a stable, predicable country within the European Union with a well-developed mining industry and a government that is keen to foster further growth in the industry, as is the administration in Northern Ireland. This favourable climate will assist us to develop efficient, practicable management of our activities in both countries.

This joint venture will immediately add gold resources to our inventory and there is a well-defined path to production at Clontibret. There is also very considerable exploration upside along the rest of the Longford Down Massif.

Anglo Asian has a track record as a successful builder of mines. This experience in developing mines will prove complementary to the geological skills and local knowledge of the existing Conroy Gold team and enable the Company to rapidly drive the Project forward. It is of a scale which will add to the Company’s operations, but is also well within the capability of the Company to manage, without impacting the development of our Azerbaijan assets. Successful exploitation of this opportunity has the potential to generate real value for our shareholders.