With signing of Promoters Agreement, NHPC and GEDCOL agree to jointly establish a Company for implementation of 500 MW Floating Solar Power Projects in Odisha and other such projects 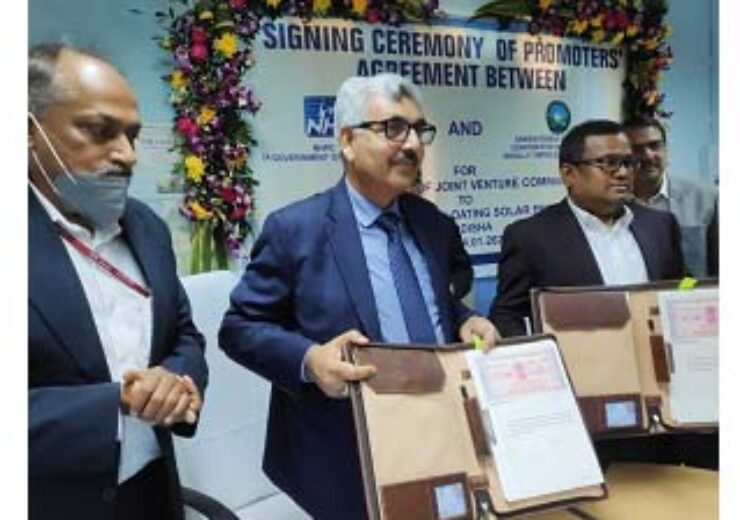 With signing of Promoters Agreement, NHPC and GEDCOL agree to jointly establish a Company for implementation of 500 MW Floating Solar Power Projects in Odisha and other such projects in subsequent periods as may be decided by the JVC from time to time as per GoI directions. The equity shareholding of NHPC and GEDCOL in the proposed Joint Venture Company shall be in the proportion of 74:26. The Company shall have, an Authorised Share Capital of Rs. 500 Crore (Rupees Five Hundred Crore) and the initial paid up Share Capital shall be Rs.10 Crore (Rupees Ten Crores).

In the first stage 300 MW Floating Solar capacity will be installed in the reservoir of Rengali H.E. project. The project will be implemented under Ultra Mega Renewable Energy Power Park (UMREPP), Mode 8 of Solar Park Scheme. The first stage of the project will have an outlay exceeding Rs 2000 Crore and will generate about 600 MU of energy per year. It is first of its kind in Odisha and largest in the country so far. The project will help the State to meet its renewable energy generation target and purchase obligation besides creating investment and employment opportunities.