Located in Catamarca Province of Argentina, Valle Ancho is claimated to be a valuable addition to the existing portfolio of Canadian mining company 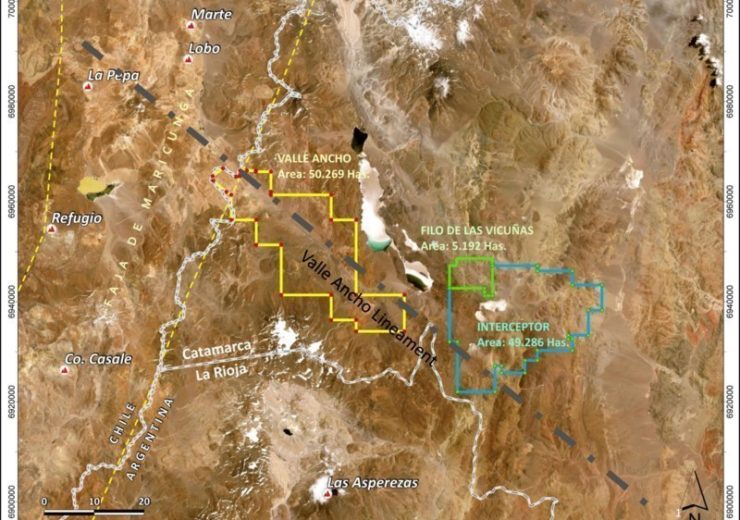 NGEx Minerals has entered into an option agreement to acquire the Valle Ancho gold project in Catamarca Province, Argentina.

Located on the Argentine side of Chile’s Maricunga Gold Belt, the Valle Ancho is a large land package that is held by the Province of Catamarca covering 100,000ha  (1,000 km2) of underexplored and highly prospective ground. The Valle Ancho gold project lies along the Valle Ancho Lineament, a major NW trending structural corridor.

In the 1990s, early exploration work was done which further produced results from various gold and copper-gold targets.

The Canada-based mining company has the option to acquire a 100% interest in the project by making $8.2m (£6.65m) expenditures in a span of more than 2 years.

NGEx president and CEO Wojtek Wodzicki said: “Valle Ancho represents a very rare opportunity to acquire a very large land package that we believe has excellent potential for both gold and copper-gold deposits, with near term drill targets developed by previous explorers.

“The property lies in the underexplored Argentine half of one of the main gold belts in South America.”

The initial programme will be undertaken with an aim to develop targets for future drill testing.

NGEx Minerals, part of Lundin Group, is a copper and gold exploration company based in Canada with projects in Chile and Argentina.