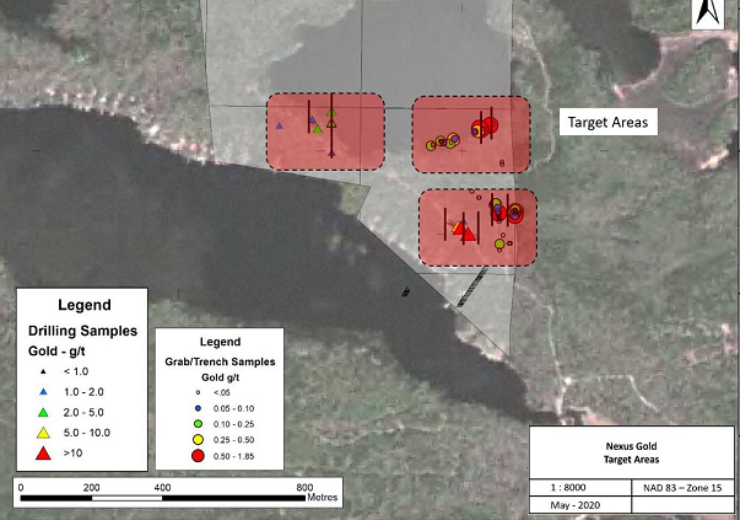 The company’s wholly owned McKenzie gold project is a 1,400-hectare high-grade gold prospect which is situated in the heart of the historic Red Lake gold camp, in western Ontario, Canada.

The initial phase one programme includes a minimum of 1000 meters of diamond drilling to test the mineralization potential of many gold targets that are occurring within an east-west trending corridor along the southern contact of the Dome Stock occurring within volcanic rocks of the Balmer Assemblage.

The drill programme at McKenzie is designed to expand on 2005 drilling, which returned significant values along the corridor.

“Our plan is to focus on the known mineralized zones. We are going to take our time and methodically drill our way through these target areas in multiple phases.

“It’s obvious a good drill hole can have a significant impact, so we’re prepared to be patient and test the areas we feel will give us the best return.”

Nexus Gold  to undertake additional drilling later in the year

The initial drill programme will also conducted as follow up on anomalous rock samples, which were obtained as part of the 2019 fall prospecting programme carried out in the St. Paul’s Bay area of the property.

The prospecting focused in and around Perch Lake, in the Saint Paul’s Bay area, located in the southernmost section of the property.

Furthermore, the firm expects to execute additional drilling to test targets located in the northern portion of the property later in the year.

In April this year, Nexus Gold secured an exploration drill permit for its McKenzie gold project, from the Ontario Ministry of Energy, Northern Development and Mines.