Nexans has announced that it will supply pre-terminated and factory-tested turbine cables along with the full scope of T-connectors terminating the dynamic inter-array cables for WindFloat Atlantic. 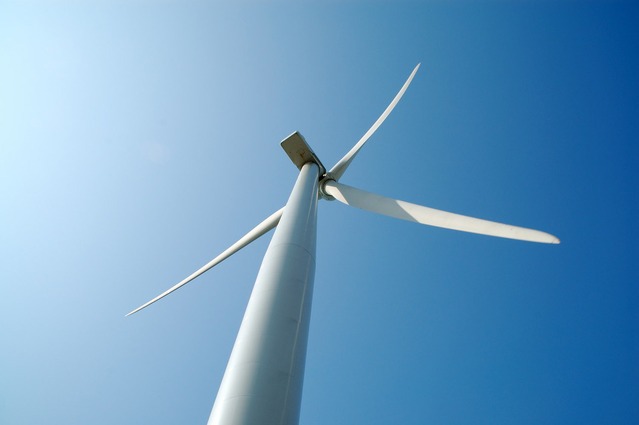 Image: WindFloat Atlantic is a 25MW floating wind farm scheduled to be installed off the coast of Portuga. Photo courtesy of Falk Schaaf/Freeimages.com

WindFloat Atlantic is a 25MW floating wind farm scheduled to be installed off the coast of Portugal and is expected to be the world’s first large-scale commercial Floating Offshore Wind (FOW) project operating at 66kV.

Nexans said that the WindFloat Atlantic is expected to demonstrate the feasibility of FOW technology that is expected to hold the key to an inexhaustible resource potential in Europe.

The WindFloat Atlantic project, designed to run at 66kV, features three MHI Vestas V164-8.4MW turbines installed on ballasted, triangular, semi-submersible foundations. The floating wind project, which is expected to be operational in 2019, is designed to supply enough energy to meet the needs of 16,000 housholds.

Nexans said that it has received order to supply its WINDLINK pre-terminated factory-tested cable system for the project to provide a flexible connection inside the turbine between the transformer and switchgear.

In addition, Nexans would supply the 66kV T-connectors to provide the connection for the phase cores of the dynamic 66kV floating wind inter-array cables that JDR is supplying.

Nexans 66kV accessories business developer Johan Burnier said: “We are delighted to be involved as a key supplier for the WindFloat Atlantic project that will be a major step in demonstrating the technical and commercial viability of floating offshore wind farms, especially as it also validates the importance of 66kV technology.

“Some years ago the Group made a strategic decision to move ahead of the curve in developing our global 66 kV capability. That is now paying off as Nexans has become one of the global leaders in 66 kV turbine cables and connectors.”

For the WindFloat Atlantic project, Nexans will deliver the outer-cone T-connectors from its Euromold facility in Erembodegem and Nexans Power Accessories Germany plant in Hof.