Tianjin Alstom Hydro Co has been awarded contracts worth around US$37M for the delivery of equipment to two hydro power stations in the south-west of China. 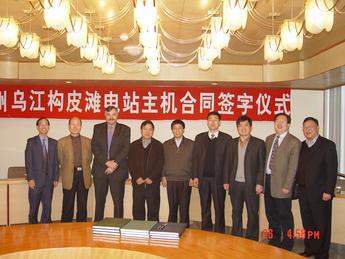 Following the award of a contract by the Guizhou Wujiang Hydropower Development Corporation, the China-based unit of Alstom is to supply three generators to the Goupitan hydro plant. Delivery of the generators is expected in 2009 and 2010.

Tianjin Alstom is also to make an earlier delivery of a 125MW turbine in 2005 to the Dongfeng hydro plant. The order was placed by the Guizhou Tengyuan Power Development Co.

The Goupitan and Dongfeng hydro power plants are both situated on the Wujiang river in China’s Guizhou province.