A new OECD/NEA report about uranium mining argues that the industry is controversial largely because of historical issues: today it is one of the most regulated and safest forms of mining in the world. 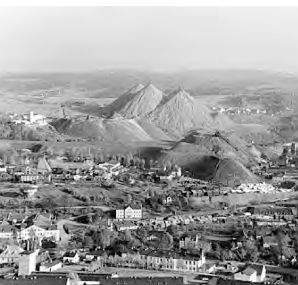 A new OECD/NEA report about uranium mining argues that the industry is controversial largely because of historical issues: today it is one of the most regulated and safest forms of mining in the world.

The goal of the report, ‘Managing Environmental and Health Impacts of Uranium Mining’ by Robert Vance, is to outline leading practice in uranium mining.

"Experiences from modern uranium mines show that in countries with the appropriate regulatory requirements and a regulatory agency staffed with qualified personnel, successful companies develop innovative strategies to manage all potential impacts of mining and processing on workers, communities and the environment. An ongoing dialogue among the main stakeholders – the community, the mining company and the government – has proven critical in this regard. With the participation of the main stakeholders, and with companies setting aside adequate funding for site remediation, public funding for uranium mine site legacies and remediation should no longer be required. In effect, these measures help to ensure that no additional legacy uranium mining and milling issues will be created and left to governments to remediate."

"Modern uranium mining is highly regulated and in several important ways distinctly unlike mining practices employed in the past. Today, mine and mill workers are trained and protected from unacceptably high exposure to radiation through a combination of implementing safe working practices and, in both underground mining operations and uranium mills, using high-capacity ventilation systems that continuously evacuate airborne radioactive particles from higher-risk working areas. Environmental planning and monitoring throughout the life cycle of the mine ensures that the planned life cycle performance is achieved through to the post- decommissioning period, minimising the environmental effects to acceptable standards and avoiding impacts on local populations."

Photo: The bad old days. Waste rock piles in Schlema, (East) Germany, 1960. During mining, the spa and town were obliterated as waste rock was dumped in the former radium spa town and at other locations nearby. Cave-ins and subsidence caused by the mining led to the town having to be fenced off; also the waste rock piles had very high radon concentrations. The waste rock was eventually covered in 2002.