To prepare for torus investigations, TEPCO has drilled 200mm holes into the unit 1 and unit 2 torus rooms, which are part of the reactor’s wet well, from above; the plan is to insert a thermometer, dosimeter and pan/tilt camera to the flooded torus room. 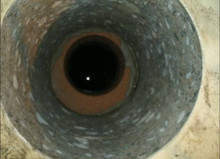 At unit 2, the hole, drilled from above, unexpectedly revealed obstacles right below the hole: pipes and walkway gratings. Further drilling locations are now being planned. The unit 1 torus room hole revealed no obstacles.

The unit 2 drilling location on the first floor of unit 2 had an atmospheric dose rate of 4-8 mSv/hr. No dose increase or hydrogen increase was detected in the work area after the hole was drilled at either unit 2 or unit 1. At unit 1, radiation measurements up to 210 mSv/hr were recorded at the top of the torus room ceiling.

The first level of a steel frame to support a cover for unit 4 has been completed. The large steel box-section frame will support not only a cover but also a fuel removal crane cantilevered over the reactor. The building measures 69m long (north-south) by 31m wide (east-west) by 53m high. The design includes a sloped roof and wind- and water-proof covering. The frame is built not only for strength but also to prevent ingress of radioactive dust likely to be generated during the fuel removal operations. Ventilation equipment and filters will also be installed. The plan is to remove all of the unit 4 fuel by 2013.

Destroyed girders, columns and roof debris on the collapsed unit 4 fifth floor have been dismantled and removed over the past year to allow access to the spent fuel pool, although the pool itself has been covered with sheeting supported by floating pontoons to prevent other materials falling in.

Also, TEPCO has reported that at unit 3 wreckage of what is probably the mast of the fuel-handling crane has slipped into the unit 3 spent fuel pool. Underwater cameras deployed in the spent fuel pool discovered the mast submerged in the pool, but not in direct contact with the fuel racks.