The model for the Francis turbines in the new Laxiwa hydro power project in China’s Qinghai Province was tested successfully in Heidenheim, Germany. 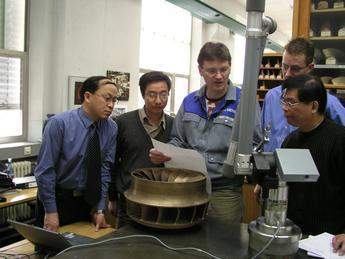 Detailed tests regarding conditions and operation were carried out in Voith Siemens’ corporate technology facilities. Representatives of the customer, Yellow River Upstream Hydropower Development Company, attended the tests for the turbine, which was designed and optimised specifically for the power station.

The Laxiwa project is part of the Chinese National Hydro Power Development programme, and is the biggest project along the Yellow river. This successful test marks the final step of the hydraulic development phase for the project.