Statkraft and Norfund have agreed to restructure and prolong their cooperation in hydropower, with the aim of creating a leading international cluster based on assets from Statkraft, SN Power and Aqua Imara. 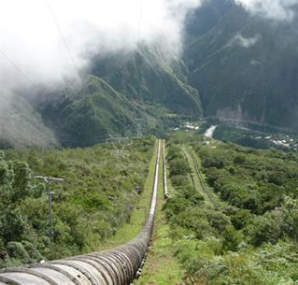 Statkraft and Norfund have agreed to restructure and prolong their cooperation in hydropower, with the aim of creating a leading international cluster based on assets from Statkraft, SN Power and Aqua Imara.

The parties have agreed with binding effect that Norfund’s option to sell its shares in SN Power to Statkraft in Q4 2013 is postponed to Q2 2014.

The agreement contains the framework for future ownership structure and cooperation. The aim is to reach final and binding agreements by the end of Q4 2013, prolonging the companies’ strategic cooperation in renewable energy with a strong focus on hydropower in emerging markets.

Regional Norwegian power companies BKK and TrønderEnergi will be invited to participate with ownership interests in SN Power and consent to the proposed structure. The intention of the Parties is also to invite one or two financial investors into the company at a later stage, with the aim that Statkraft and Norfund thereafter will own around 40% each of SN Power. Remaining shares will be held by BKK, TrønderEnergi and new financial investors.

The agreement includes an intention that the put option program in the current shareholders agreement for SN Power, which gives Norfund options to sell its shares in SN Power to Statkraft in 2013, 2014 and 2015, is replaced by a revised put/call option program for the period 2017 onwards.

"Statkraft’s ambition is to become a leading international company within hydropower. A final agreement with Norfund will further strengthen our industrial role and take advantage of the competence within the Statkraft Group," says Christian Rynning-Tønnesen, CEO of Statkraft.

"This agreement confirms the long term strategic cooperation between Norfund and Statkraft, BKK and TrønderEnergi to harness and develop hydropower resources in developing countries. The new platform for cooperation will scale up our joint efforts benefiting the global fight against climate change as well as the fight against poverty," adds Kjell Roland, Managing Director of Norfund.