Brookfield Power’s Salmon river hydro project in New York state, US, has been certified as low impact by the Low Impact Hydropower Institute (LIHI). This is the first project in New York State to receive an eight-year LIHI certification, versus the typical five-year recognition. 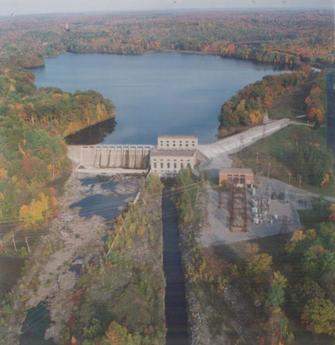 According to Fred Ayer, executive director of LIHI: ‘The project is consistent with LIHI criteria. State and federal resource agency staffers lauded Brookfield Power for its efforts in developing a very satisfactory settlement agreement that was responsive to stakeholder requests and the needs of the Salmon river.

‘I also recommended that the Salmon river project’s LIHI certification be extended by three years – for a total of eight years – based on its consistency with LIHI’s watershed protection criteria,’ Ayer continued. ‘In this case, Brookfield Power has designated a buffer zone for conservation purposes, as well as the company-financed Salmon River Enhancement Fund, which sets aside money for environmental and recreational projects within the Salmon river corridor.’

To receive the certification, Brookfield Power had to demonstrate that its projects met LIHI’s eight, environmentally rigorous, low impact criteria addressing: river flows, water quality, fish passage and protection, watershed protection, threatened and endangered species protection, cultural resources, recreation use and access, and whether or not the dam itself has been recommended for removal.

Brookfield Power successfully completed LIHI’s application process, which included a public comment period, review by an independent technical consultant, consultations with state and federal resource agencies, and evaluation by the LIHI Governing Board, which includes leaders in the river conservation and renewable energy fields.