Rurelec PLC has announced it has secured US$7.2M in funding from the Inter-American Investment Corporation (IIC) for the 5.3MW Canchayllo hydroelectric project in Peru. 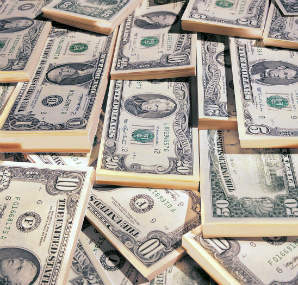 Rurelec PLC has announced it has secured US$7.2M in funding from the Inter-American Investment Corporation (IIC) for the 5.3MW Canchayllo hydroelectric project in Peru.

In a statement the electricity utility said it had achieved financial closure of the project with IIC (part of the Inter-American Development Bank Group), with the first loan funds disbursed.

Canchayllo is owned by Cascade Hydro Limited (Cascade), Rurelec’s 70% owned Peruvian power generation company. The project itself is a run of river power plant being built on the Pachacayo River in the Junin Province of Central Peru. It has been awarded a Subasta Renewable Energy Resources (RER) power purchase agreement at US $47.4 per MWh.

The project is at an advanced stage of construction with 42% of the civil works and 50% of the construction of the 1km tunnelling already completed. The plant is due to be commissioned in the first quarter of 2014 when it will enter into commercial operation.

Canchayllo is Rurelec’s first project in Peru and its first entry into the renewables market in Latin American. It is part of a portfolio of 40MW of run of river plants to be developed and constructed in Peru by Cascade in association with private equity investors. Canchayllo itself has been developed by Rurelec in advance of a capital increase of Cascade which is expected to close in the second half of 2013.

Commenting on the expansion, Peter Earl, Chief Executive of Rurelec said: "I am delighted that our expansion in Peru is progressing well. Obtaining infrastructure finance from the Inter-American Development Bank is a very significant step for us as we continue to increase our power generation capacity in Latin America. We are now developing 295MW in Chile as well as 40MW in Peru where 5.3MW is already under construction, and it is our intention to continue to increase capacity, subject to financing."