At the end of March 2016, the UK Nuclear Decommissioning Authority (NDA) will terminate its contract with Nuclear Management Partners for cleanup of the Sellafield site, and take it back into government control. 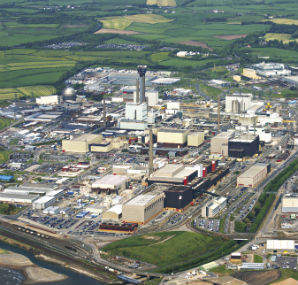 At the end of March 2016, the UK Nuclear Decommissioning Authority (NDA) will terminate its contract with Nuclear Management Partners for cleanup of the Sellafield site, and take it back into government control.

The news comes after a year-long review by NDA, which found that simplifying the relationship between the NDA and Sellafield Ltd, which runs the site, would bring "greater clarity and focus" on achieving progress and value for money.

The NMP consortium, comprising UK-based Amec Foster Wheeler, AREVA and US engineering firm AECOM, took control of Sellafield Ltd in 2008 under a contract with the NDA.

Those arrangements, said Energy Secretary Edward Davey, "brought stability to the site from 2009, have allowed for effective planning and delivered important progress on key projects over the last six years."

"However is now clear that Sellafield’s complexity and technical uncertainties present significantly greater challenges than other NDA sites, and it is therefore less well suited to the transfer of full site-wide responsibility to the private sector via a PBO structure," Davey added.

Under the new arrangement, Sellafield Ltd will become a subsidiary of the NDA, and a ‘strategic partner’ will be appointed from the private sector to assist the Sellafield executive team. This partner will strengthen the programme management and commercial capability at the site, and play a key role in managing capital projects and contracts. This approach has been used successfully in other major projects, such as Crossrail and the Olympics, the government said.

Transition to the new arrangements is expected to take 15 months. It will be carried out in close cooperation with workforce representatives, NMP, the supply chain, regulators and the local community, the regulator.

On a day to day operational level, Sellafield Ltd says its cleanup mission and strategy to deliver work remain unchanged.

Amec Foster Wheeler, a member of the NPM consortium, stressed that the change is ‘not performance related’ and that it will not impact any of Amec’s other work at the Sellafield site. It added: "It is vital that the lessons learned and the progress made since NMP were awarded the contract in 2008 should not be wasted. NMP has to date generated £650m of efficiency savings and met 96% of its targets last year while Sellafield’s safety performance is now the best ever."