Magnox and RSRL on track to merge this spring

The UK Nuclear Decommissioning Authority says that the merger of Magnox Ltd and Research Sites Restoration Ltd (RSRL) is expected to be complete later this Spring. 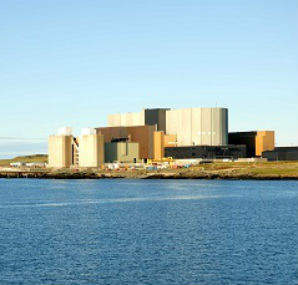 The UK Nuclear Decommissioning Authority says that the merger of Magnox Ltd and Research Sites Restoration Ltd (RSRL) is expected to be complete later this Spring.

The merger will see the 12 sites unite under a single leadership team, with a simplified structure and a range of shared management systems.
Cavendish Fluor Partnership (CFP), a joint venture between Cavendish Nuclear of the UK and Fluor Corporation of the US, officially became the new parent body organisation (PBO) for site licence companies Magnox and RSRL on 1 September 2014. Since then, work has been continuing on a consolidation phase of the contract.

"As part of the contract won by CFP, a period of consolidation and reconciliation was built into the process for the winning bidder to consider the financial bid they made in 2013 and to test that against the situation they actually inherited in September 2014. The new plan emerging from that process is not due to be presented to the NDA until later this year, but we remain confident that the final plan agreed with CFP at that time will see substantial savings and represent excellent value for money to the taxpayer," said NDA chief financial officer, David Batters.

NDA said the consolidation process is a ‘key principle’ of the contract and was fully anticipated to take account of major developments. For example, the decision to extend generation at Wylfa into 2015 brings additional operating costs as well as significant extra income for the NDA, while at Bradwell and Trawsfynydd the ambitious programmes to accelerate interim closure dates have encountered some delays but remain on course to reduce original forecasts by more than ten years.

A further activity is the introduction of CFP’s technical innovations and efficiencies, which include restructuring the organisation, and understanding the detail of how all changes can be implemented at each site.

Revisions to onsite programmes will be incorporated before a final budget is agreed toward the end of 2015; an overall assessment of levels of change across the full 14-year contract period is still to be determined.