Lao hydro gets a fresh start

Following a six year hiatus as a result of the 1997 financial crisis in Southeast Asia, hydro power development is back on the agenda in Laos, says Tim Sharp 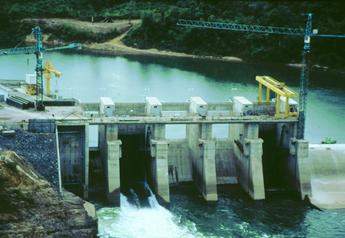 As mainland Southeast Asia’s power sector finally recovers its balance after the region’s 1997 financial meltdown, Lao plans for hydro power exports as a core element of its economic development strategy are regaining their lustre. As a direct response to the November 2000 World Commission on Dams (WCD) report, such plans are much more soundly based than before the crisis. The fresh tranche of proposed hydro projects therefore promises to be much more socially and environmentally benign than before.

Ironically, these advances are unlikely to soften hardcore opposition to large hydro in any way. But because they respond directly to earlier criticism, they help clarify the underlying reasons for the opposition. Increasingly and as already implied by the WCD itself, the real issue may well be political power sharing as distinct from socially and environmentally responsible dam development.

The six-year hiatus no doubt severely hobbled Lao economic growth. But in hindsight it also gave the country much needed time to rethink and restructure both hydro power development and its underlying policy and institutional base. As a result, projects such as Nam Ngum 2 and 3 that would by now have been operational under original plans now rank quite low on a comprehensive least-cost basis. Similarly, the revenues that can now be expected to accrue to government from hydro power exports are much more realistically assessed and allocated. They are consequently much more likely to engender balanced sustainable economic growth than might otherwise have been the case.

The focal point in this total reorganisation is the 1074MW Nam Theun 2 (NT2) project. In earlier thinking, it would have followed on from Nam Ngum 3 and 2. But these smaller, apparently obvious and much less controversial schemes failed to achieve financial closure following 1997. And as the WCD message sank in, highly economically attractive but controversially sited NT2 emerged as a test case for socially and environmentally responsible large dam development. Although a final decision can be delayed to May 2005, it is now widely expected to go ahead.

Its watershed occurred in August 2001 when the World Bank agreed a ‘Decision framework for processing the proposed NT2 project’ with the Lao government. The framework set three conditions which had to be fulfilled for the project to proceed. The conditions were:

• Policy and institutional reform that would ensure reliable sustained priority direction of government revenues from NT2 to broad-based poverty reduction and environmental conservation particularly within the NT2 catchment area.

• Broad support within Laos and abroad not just for the project itself but for the reformed economic development strategy that would be its context.

On this basis since mid-2001 there has been a concerted international effort to bring Laos up to speed in all three areas. Important developments within the power sector include the formation of the Lao National Committee for Energy (LCE) that among other things now produces accurate energy data, and elaboration of the country’s first rational power system development plan. Prepared in this instance by Maunsell Limited in association with lahmeyer GmbH and published this August, it focuses strongly on hydro power development for 2005-2020.

To provide a realistic baseline, the plan considers likely domestic and international competitive market demand for Lao hydro power particularly in terms of actual prices paid for it by Thailand. It then examines how this demand might be met by establishing weighted average lifetime kWh generation costs per project that incorporate a value for secondary energy at only half the rate for primary energy. These weighted costs are then adjusted for positive and negative social and environmental impacts to provide an ‘adjusted weighted generation cost’ per project. These are then ranked to suggest a comprehensive integrated least cost project development pathway. Even on this carefully considered basis, hydro power development prospects in Laos are quite bright.

Before looking at the new plan in more detail, it is useful to first note general LCE thinking on hydro power development prior to it (Table 1). Although none of the 17 hydro projects listed are ranked or scheduled, 11 are intended for power export to either Thailand or Vietnam. Both countries have already expressed interest in the respective projects with Vietnam looking at two additional schemes, namely Xe Kong 4 and 5, 443MW and 253MW respectively. If these are included together with the seven much smaller domestic projects shown in Table 1, over 5600MW new Lao hydro capacity was being contemplated prior to 2004.

The new power system development plan cuts roughly 1000MW from this total and adds significant new rigour (Table 2). A major effect is that nine new projects are brought into consideration even though the total list is only two projects longer than Table 1. Expressed differently and excluding Nam Mang 3 in Table 1, six projects including Nam Theun 1F, Xe Pian-Xe Namnoi and Nam Theun 3 that together represent over 1000MW export capacity have been screened from the least cost list.

Total new capacity under consideration is thus some 4700MW that would be able to generate roughly 22,700GWh per year. All but 1700GWh of this (from 370MW domestic installed capacity, roughly 10% higher than in Table 1) would be for export. That said and using the plan’s wholesale price assumptions for both export markets that are based directly on historic prices paid by Thailand, only the first five projects would be commercially viable now. The plan uses low and high wholesale tariffs for firm primary energy in Thailand of 3.6 and 5.1 US cents/kWh, respectively, so that if allowance is also made for transmission costs to market, only those projects with adjusted weighted generation costs of less than three cents/kWh would be viable.

This of course ignores such factors as transmission line length and power system requirements in the receiving countries. For example, several potential Lao projects are very close to Vietnam whose large and still growing thirst for electricity would accommodate more costly power.

Such considerations may however be irrelevant for the foreseeable future. All but one of the seven or eight export projects contemplated in Table 3 through to 2020 have adjusted kWh costs of only 3.2 cents or less. Although they could thus conceivably not satisfy full demand for Lao hydro power in Vietnam and Thailand, the timeline in the optimistic scenario reflects estimated peak Lao capacity to develop the projects as opposed to demand.

Even in the base scenario, several projects would be in various stages of implementation during 2008-2010 which could stretch correlated Lao planning, investment and oversight capacities. The near and mid-term future for Lao hydro power development is therefore constrained by this factor rather than by demand. If actual project development follows the base scenario, some 60% of capacity contemplated in Table 2 would be developed.

In short, provided power can be evacuated on time (Table 4), very substantial Lao hydro power development would seem to be assured. As the Asian Development Bank (ADB) has all five projects slotted into its funding pipeline under its Greater Mekong Sub-region (GMS) power interconnection activities, there would seem to be no difficulties. ADB also points out that the full Thai-Lao-Vietnam 500kV interconnection through NT2 could due to differing peak loads in Thailand and Vietnam reduce required installed capacity in each country by 350-450MW for Vietnam and 800MW for Thailand for the period 2008-2011.

Given that NT2 and its tielines will not be operational until 2010 and that demand in both Thailand and Vietnam will be larger by then, the overall project could obviate at least 1200MW of new capacity in the two countries combined. Consequently, provided both countries can harmonise grid operations to the required degree, NT2 as well as Theun Hinboun expansion whose energy will feed into the same tieline at Savannakhet could be considered ‘free’. Admittedly, this is a consequence of the tieline, not NT2, but the dam does improve the tieline’s viability.

The impact of all this on Lao economic development promises to be substantial. Table 5 shows that even with only 2800GWh exports in 2002, Laos earned over US$100M in total power revenues that year, equal to over one third of total export revenues. These results derive from contracted sales from Theun-Hinboun (210MW) and Huay Ho (150MW) that were both commissioned in the late 1990s plus adventitious sales from Nam Ngum 1 surplus.

The point for planners seeking to mitigate hydro power’s adverse social and environmental impacts, however, is how much revenue the government will derive from the projects. Assuming base case export project development from Table 3, the plan sees net losses to government due to interest and loan commitments through to 2011 but then rapid revenue growth to US$78-79M per year from 2019 onwards (Table 6). As total central government revenues in fiscal 2002 were $231.5M, hydro power export royalties and dividends beginning about 2012 as well as taxes from about 2015 will be important financial streams.

These sums and how they are used may in fact be the most critical aspect of the new approach not just for Lao hydro power but for large dams in general.