Chile is to launch two marine energy pilots on the southern coast of the country, in a project funded by a $2.95M technical cooperation grant from the Inter-American Development Bank (IDB). 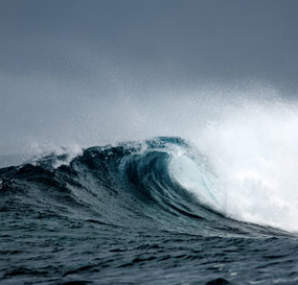 Chile is to launch two marine energy pilots on the southern coast of the country, in a project funded by a $2.95M technical cooperation grant from the Inter-American Development Bank (IDB).

As part of the grant, $2.4M will be used to invest in the two pilot programs. The first pilot will focus on tidal energy while the second will use the power generated by waves. The investment funding will be complemented by a total of $550,000 in technical support to accompany the implementation of these pilot programs.

"In terms of energy needs, Chile is the second least self-sufficient country in Latin America after Panama, and currently imports 75% of its energy resources. So far, the potential of tidal and wave power has not been used in the country or elsewhere in Latin America, but has a huge potential," said Christoph Tagwerker, consultant at the Climate Change and Sustainability Division of the IDB. "Chile now has a great opportunity to change its dependency on foreign energy and to reduce their greenhouse gas emissions of. In fact, it is one of the countries with the highest marine and solar energy resources of the Latin American region."

Two companies that will be selected by the Chilean Government will benefit from this technical cooperation, and will be responsible for the design, construction and operation of these pilot programs. Since tidal and wave energy are new in Chile, the IDB will provide technical assistance to the government throughout the entire execution of the program, from the bidding process to the operation of these new marine energy facilities. The Bank´s contribution is expected to help attract the participation of other sources of financing to the program.