The United Arab Emirates is extending its flash flood dam construction programme as part of efforts to increase the availability of fresh water supplies. David Hayes reports on the work being undertaken in the country and gives details on some of the most important flash flood dams 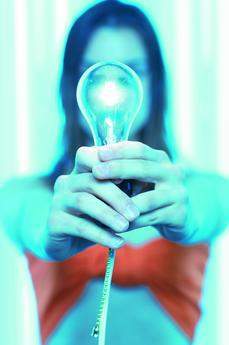 RAPID social and economic development is placing growing pressure on the United Arab Emirates’ (UAE) water resources. Although desalination plant facilities are being expanded, the government is looking to further develop lower cost solutions such as flash flood dams to refill underground aquifers and increase water conservation to promote better use of natural water supplies.

‘We started building flash flood dams in the early 1980s. This is the same idea as in the US, Australia and elsewhere,’ commented an official in the Ministry of Agriculture & Fisheries‚ water and dams division. ‘The dams capture flash flood waters and then the water soaks into the ground and wadi (seasonal river) rock floors to refill the groundwater reserves. Our dam projects are tendered and consultants appointed for their construction.’

Supported by the country’s huge oil wealth the UAE has already built a substantial portion of its estimated ultimate flash flood dam construction capacity over the past 20 years. However, further potential exists and the government intends to build more flash flood dams as part of a wider initiative to restore traditional underground water channels systems and prevent any further deterioration in ground water resources.

‘All major dams are built already. We have completed dams in the major wadis but we can build downstream breakers,’ the official said. ‘Most of our dams are rockfill, but some are concrete depending on the local hydrology. The rainy season is from December to March. The lowest evaporation occurs then. It is fortunate that it rains when there is least evaporation.’

In fact, the Arabian Gulf has not escaped the effects of the world’s changing weather pattern. During the past three to four years, the climate has been drier than usual. The average annual rainfall in the UAE is 120mm though in a wet year rainfall can exceed 150mm, while in a dry year, such as 2001, rainfall can be as low as 2mm.

Since the flash flood water capture programme began, dams have been built in all seven of the UAE’s emirates, all of which contain some mountainous regions. Generally all water collected by dams in any emirate is also consumed in that emirate.

‘Most dams are built by the Ministry of Agriculture & Fisheries but some dams are built by an individual emirate’s government as a local initiative,’ the official explained. ‘Desalination plants are built for drinking water. They have no connection with flash flood dams and their water collection.’

The ministry’s water and dams division is responsible for planning and overseeing development and conservation of water resources including the construction of flash flood dams as well as monitoring dams and water resources. This includes studying suitable locations for dams and breakers, and drilling observation wells and studying the surface water flow of wadis. The division also controls the consumption of groundwater from wells, springs and traditional man made underground water channels called falajes.

According to the official, routine activities include monitoring the operation of the UAE’s ten largest dams and a number of breakers. The division oversees the dam maintenance programme and plans siltation removal to ensure maximum groundwater recharge is possible. In addition the division oversees all tenders and contract awards for the design and construction of flash flood dams and ancillary facilities, as well as related consultancy services.

In December 2003, the Ministry of Agriculture & Fisheries announced plans to reduce consumption of underground water by using new technology to reduce agricultural water use and counter problems of growing aridity on the UAE east coast. A team of geologists and water experts are carrying out a series of studies on the groundwater resources and possible solutions.

In fact, in spite of its arid location in the Arabian Gulf, the UAE is the world’s third largest per capita water consumer after the US and Canada and the world’s second largest producer of desalinated water after Saudi Arabia. In a bid to curb uncontrolled growth of water use in recent years, the UAE has increased investment in water conservation by building more wastewater treatment and desalination plants.

Meanwhile, increased water consumption has decreased reliance on traditional groundwater resources and raised dependence on more expensive desalination plants. In fact, the UAE is already considered a world leader in the use of desalinated water.

Few people living in the UAE today can remember the time when water was regarded as a more precious commodity. Historically all the UAE’s water requirements were supplied from groundwater from shallow, hand dug wells and the traditional falaj system in which man-made underground channels are used to collect ground water, spring water and surface water, and transport it by gravity to the required location.

Over the past two decades rapid economic growth and a surge in population numbers, caused by a sharp rise in the expatriate labour force, have placed increasing pressure on the UAE’s water resources as have efforts to boost domestic agricultural production.
According to the UAE Environmental Research and Wildlife Development Agency (ERDWA), irrigation for agriculture now uses more than 65% of all water supplies. This has resulted in an increasing reliance on non-conventional water resources such as desalination and the development of alternative conventional water supply measures such as recharge dams, storage dams, recharge wells, interception of ground water losses, the re-use of waste water and water transfers.

Water consumption in the UAE has reached 2.2Bm3 a year of which 67% is consumed by agriculture and forestry. Household supplies and drinking water use a further 24%. The remaining 9% is used by industry and commerce.

ERDWA calculates that water consumption will increase by 44% to reach 3.2Bm3 annually in 2025. Anticipating the large projected increase in water demand, various UAE authorities are developing strategies for water resource management both at national and emirate level to ensure sufficient water supplies are available in future and to help mitigate the adverse effects of over abstraction of ground water resources.
The government’s dam building programme is intended to achieve a number of objectives including an increase in groundwater recharge, improving the water table and consequently preventing seawater intrusion. Apart from making use of surface water in irrigation, recharge dams are intended to limit damage from flash flood including soil erosion and damage to farmland. In addition silt accumulation in the dams is used to mix with agricultural soil to improve the soil for crop production.

To date the Ministry of Agriculture & Fisheries has constructed more than 113 recharge and storage dams to utilise the estimated 150Mm3 per year wadi‚ water flow from 15 main catchment areas. The UAE’s nine largest recharge dams have a combined capacity to collect 47Mm3 of flash flood water a year while the other 104 smaller dams have a combined capacity to collect about 60Mm3 of flood water each year.

Tawiyaeen dam, completed in 1991, is the UAE’s largest with an 18.5Mm3 storage capacity. Located in Wadi Tawiyaeen in the northern agricultural region, the rockfill dam has a catchment area of 190km2 and is designed for ground water recharge and flood protection.

The UAE’s second largest is Bih dam, also located in the northern agricultural region. Located in Wadi Bih and completed in 1982, the 18m high earthfill dam is 575m in length and has a 7.5Mm3 storage capacity.

Bih dam has a catchment area of 468km2 and is designed for ground water recharge and flood protection. The reservoir area covers 1.8Mm2. The spillway is 300m in length. The spillway discharge capacity is 2650m3/sec.

Among other important dams is Ham dam, also completed in 1982, which has a 7Mm3 storage capacity. Located in Wadi Ham in the eastern agricultural region, the earthfill dam has a catchment area of 211km2 and is designed for ground water recharge and flood protection.

Meanwhile, the Ministry of Agriculture & Fisheries is due to receive the results of a
20-month study shortly, assessing artificial groundwater recharge from a number of dams in cooperation with the International Atomic Energy Agency (IAEA). The ministry has given special priority to the project for which IAEA has provided technical support including measuring equipment and staff to supervise the project.

The first stage of the project involved collecting water samples and sending them to IAEA for laboratory analysis. The second stage has included analysing the accumulated results and preparing the final report.

Research began in April 2002 when the first water samples were collected from Wadi Al-Tawiyean dam followed by water samples from Wadi Al-Wurayyah dam. Both dams have been studied previously by consultants using a special dye solution to trace the groundwater flow path and by pumping test water from boreholes.

The time domain electromagnetic method was used in previous research to define the geological and hydrological features of these two and other wadis.

The Ministry of Agriculture & Fisheries plans to use results from the current IAEA-backed programme to improve groundwater recharge from flash flood dams and decrease water evaporation losses from the dam reservoirs while recharge occurs.