Alstom, as part of an EPC consortium with Camargo Correa and CNEC Worley Parsons, has announced the start-up of the first of four 214MW units at the Foz do Chapecó hydopower plant, located on the Uruguay river between the cities of Águas do Chapecó and Alpestre in Brazil. The plant began commercial operation on 11 October. 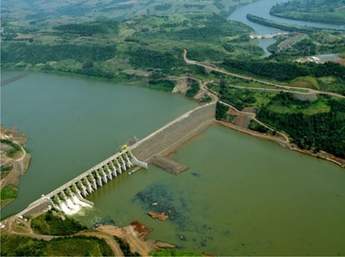 Work on the project began in March 2007 with the signing of a R$650M contract for the production, delivery and assembly supervision of the plant’s four 213.75MW generator units. alstom is responsible for all plant equipment including turbines, generators, hydromechanical equipment, transformers, voltage elevators, plant control and protection systems, and all auxiliary mechanical and electrical systems.

When completed in February 2011, only three and a half years after work began, the plant will have an installed capacity of 855MW and, on average, 432MW of assured energy – enough to supply 25% of all power needs in the state of Santa Catarina or around 18% in Rio Grande do Sul. The plant features the third largest Francis turbine in Brazil in terms of size (after Itaipu and Tucurui).