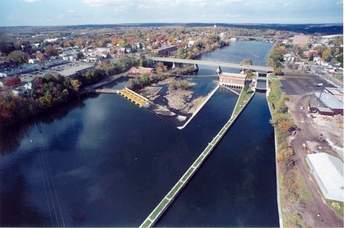 With the amendment in place, the company is currently upgrading equipment that will be able to generate an additional 1MW at this plant.

‘We are removing the one existing non-operational turbine and installing two, new 500kW turbines and two generators,’ said David Youlen, Brookfield Power’s Vice President of Operations. ‘This upgrade will increase the licensed project capacity to 7.36MW from its current 6.76MW, and will provide 3875MWh annually.’

The upgrade also will include an addition to the facility’s existing power house where the two new generators and corresponding control equipment will be housed. The incremental power increase will be available by early 2007.

The Oswego Falls West upgrade is part of Brookfield Power’s portfolio improvement plan (PIP). Pending approval from the FERC, the plan proposes modifications/upgrades at 10 projects in New York and Pennsylvania.