A consortium of Lahmeyer International GmbH and Stucky SA has been awarded a contract to provide consulting services for Myanmar’s Upper Yeywa Hydropower Project. 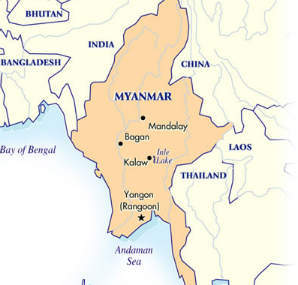 A consortium of Lahmeyer International GmbH and Stucky SA has been awarded a contract to provide consulting services for Myanmar’s Upper Yeywa Hydropower Project.

The Upper Yeywa Hydropower Project is located on the Myitnge River in the Kyaukme District of the Northern Shan State.

The project comprises a 90m high concrete gravity dam with a crest length of 243m, a gated spillway in the dam center with a discharge capacity of 8,900m3/sec, two power intakes, two headrace tunnels of 10m diameter each leading to an open-air powerhouse located on the left bank of the river with an installed capacity of 280MW.

The project is expected to start commercial operation in 2018.

The consulting services of the Lahmeyer International – Stucky Consortium comprise the review of existing studies and design, the preparation of construction drawings, site supervision and quality management.

Lahmeyer International was the consultant for the Kinda Dam multipurpose project in Myanmar, completed in 1983.