Publishers of a report commissioned by the UK Parliament about the financing of new nuclear power have updated a report about Hinkley Point C, Power from Nuclear, after a response from EDF Energy. 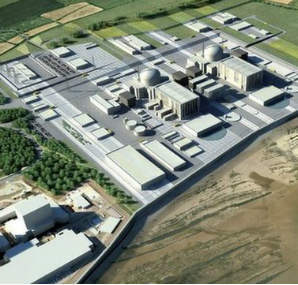 Publishers of a report commissioned by the UK Parliament about the financing of new nuclear power have updated a report about Hinkley Point C, Power from Nuclear, after a response from EDF Energy.

The original report, published mid-March, gave a breakdown of possible project costs based on EDF Energy’s estimate of £16 billion for the two-unit, 1650MW-capacity EPR plant. That figure included an assumed £1.6 billion of interest on borrowing during construction, but EDF Energy has now clarified that this estimate does not include interest during construction. As a result, Carbon Connect’s estimate of the project’s overnight costs has risen from £12.4 billion to £14 billion.

The report suggested that shareholders in Hinkley Point C could see returns of 20%, significantly higher than other private finance initiatives (12-15%), and said that EDF Energy’s negotiations with the government were neither transparent nor competitive.
Now it has published a late March response from EDF Energy and revised the report.

EDF Energy said that "the authors misunderstood four factors which have led them to misrepresent (as overly favourable to investors) the investment contract agreed between EDF Group and the UK government for Hinkley Point C. The agreement is fundamentally a balanced and fair agreement between government (on behalf of consumers) and EDF Group (on behalf of investors)."

EDF Energy indicated that Carbon Connect underestimated the cost of debt likely to be achievable for Hinkley Point C. Carbon Connect originally estimated that the project could achieve a cost of debt of 4 to 5 per cent – including insurance fees – but now believe it could be nearer 7 to 8 per cent (post-tax nominal). Although this revised estimate was not verified by EDF Carbon Connect said it believed it to be more consistent with EDF Energy’s stated equity returns for the project of nearer 15 per cent.

EDF Energy also argued that gain share arrangements to cover potential gains from underspend on construction, refinancing of debt, sale of equity, and some other circumstances would return excess amounts to the government, and argues that these arrangements would prevent equity holders from receiving returns of around 20 per cent.

Carbon Connect said that its original report was limited by the availability of public information, and that EDF Energy turned down an opportunity to discuss the report before publication.